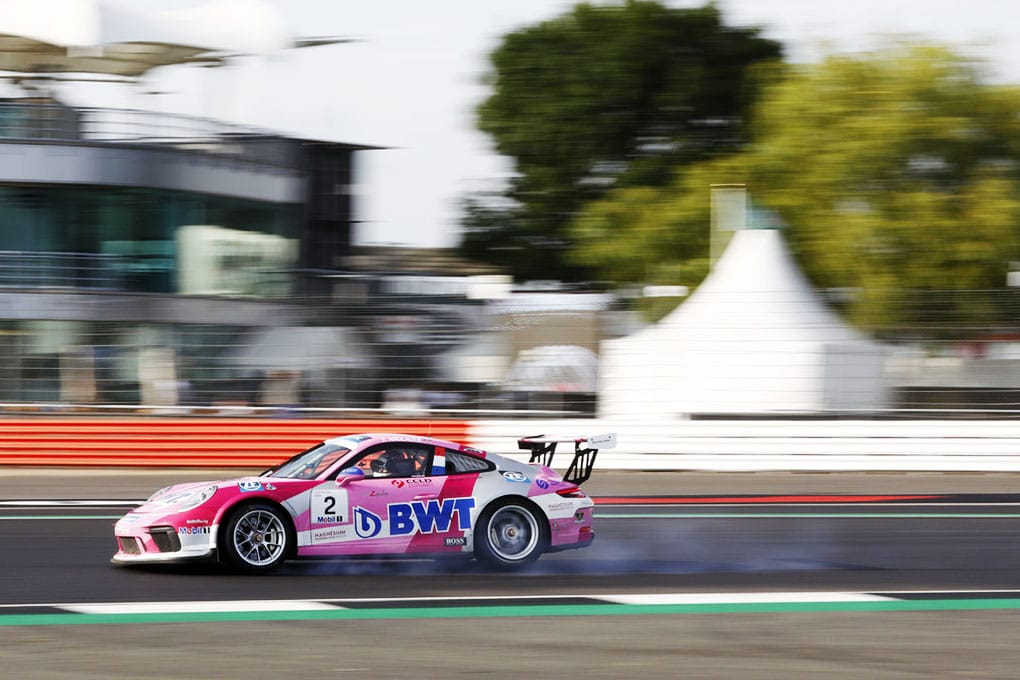 The 2019 Porsche Mobil 1 Supercup heads to the Hockenheimring as it plays the supporting role in the German Grand Prix this weekend.

Last time out Ayhancan Güven scored a fantastic maiden victory in the Supercup, something he had been threatening to do all year; The young Turkish driver has been impressive all season, showing his natural pace, and at the British Grand Prix everything came together.

Julien Andlauer impressed at Silverstone, having struggled to find a clear lap in qualifying, he found himself in sixth place for the start of the race. Over the course of the next thirteen laps the Porsche Junior drove an impressive race to finish in second place, just half of a second off of the dominant Güven, one more lap and he would have been challenging for the victory.

As a result of Andlauer’s heroics in the race, the Frenchman moved ahead of his BWT Lechner team-mate Michael Ammermüller by three points, with Güven also gaining ground, now fourteen points adrift of Ammermüller. If it hadn’t have been for Güven’s non-finish in Austria after sustaining suspension damage on the opening lap, it would have been a close three-way battle already.

In the opening weekend of the series ten Voorde took a dominant back-to-back victory, if he can transition this to the Supercup he will be unstoppable. After missing the first round of the Supercup, ten Voorde has picked up two third-places and a fourth-place at Silverstone. The MRS GT-Racing driver is currently sixth place in the championship, just one point behind Mikkel O.Pedersen and Silverstone podium finisher Florian Latorre.

Both Jaap van Lagen and Jaxon Evans were strong in the opening weekend of the Deutschland series, finishing second and third in the second race of the weekend (unfortunately both drivers were disqualified in the first race). Veteran van Lagen is always a threat to the podium, and although he has yet to better his best finish of fourth place in Austria this year, will no doubt be a strong contender in Germany.

Evans continues to improve, securing his best qualifying and finish in Supercup at Silverstone, the New Zealander has been back home for a break since the British Grand Prix and will be hoping to continue his stronger form at Hockenheim, as he searches for his first podium finish of the year in Supercup.

2018 Porsche Carrera Cup GB champion Tio Ellinas‘ form has, unfortunately, been heading in the opposite direction. After a fourth place finish in Spain, the Cypriot has been out of luck in the other three rounds and last time out was caught in a close battle in the top ten, but would eventually end up finishing down in sixteenth position, the latest result meant that he would drop down to ninth place in the championship order, five points ahead of Al Faisal Al Zubair.

Reigning Pro-Am champion Roar Lindland is running away with the championship in 2019, four pole positions and four victories has put him twelve points ahead of his nearest competitor, Philipp Sager and a further eight points ahead of Stephen Grove. As long as the Norwegian stays out of trouble, he will be sure to be chalking up another class victory.

The Rookie class is even more clear cut, race winner Ayhancan Güven leads the way by thirty-five points to Joey Mawson. With the form that the Turkish driver has shown this year, it is unlikely anyone will be able to catch him in the remaining six races.