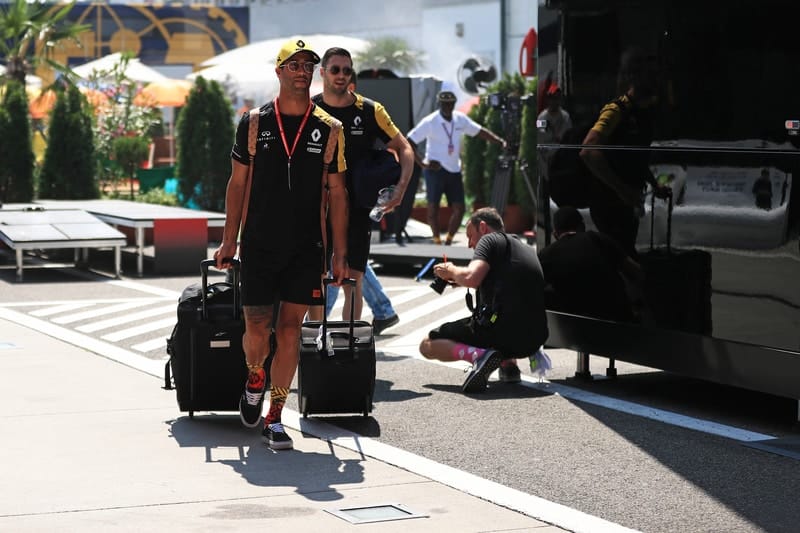 Daniel Ricciardo has said that the Renault F1 Team is investigating the exhaust issue that caused him to retire from last Sunday’s German Grand Prix.

Ricciardo missed out on the chance to take a large haul of points away from a chaotic grand prix at Hockenheim, retiring with smoke pouring out the back of his car on lap 13 of 64.

The Australian cursed his retirement, believing that his race was getting “interesting” in the wet conditions prior to his retirement – his fourth of the 2019 season.

Renault’s woes were added to by Ricciardo’s team-mate, Nico Hülkenberg, crashing at Turn 16 having been in contention for the podium positions.

“There’s not a lot we can say about Germany as our day ended quite early in the race,” said Ricciardo.

“Things were becoming interesting out there but an exhaust issue put us out. The team will look into it to ensure we’re not in that position again.

“I’m looking forward to Budapest and we know how important it is for a strong team result so we’re heading into the summer on a positive.”

Ricciardo has enjoyed a healthy history at the Hungaroring, taking victory in 2014 and following that up with back-to-back podiums in ’15 and ’16 for former team Red Bull Racing.

The Australian says the Hungarian race is a “real challenge” for all the drivers due to the relatively quick and technical nature of the track, last modified in 2003.

Despite the lack of clear overtaking opportunities, Ricciardo says that overtaking is not impossible – as proved by his victory five years ago.

“People liken the circuit to Monaco without walls, but it’s tricky to make that reference as it is its own track with its own challenges,” he added.

“It’s fast there, quite tight, but that doesn’t mean overtaking isn’t possible.

“The middle sector is up there with the best of the whole season. It’s very fast, with changes of direction and a lot of hard work in the cockpit.

“It’s a good drivers’ track and a real challenge.

“I have always liked racing in Hungary and I have a good record there, including a memorable victory in 2014 after an epic race.”

Renault faces entering the summer break in sixth place in the Constructors’ Championship, having ceded fifth to Scuderia Toro Rosso after the latter scored 26 points in Germany and opened up a three-point lead.

The summer break is a welcome relief to Ricciardo after a testing start to life with Renault, but he insists that he will enjoy the Hungarian weekend.

“Budapest is a really cool place; it has awesome scenery, there’s good food there and, when there’s time, it’s a great city to have a look round.

“Everyone has a bit of a spring in their step in Hungary because the summer break is around the corner.”