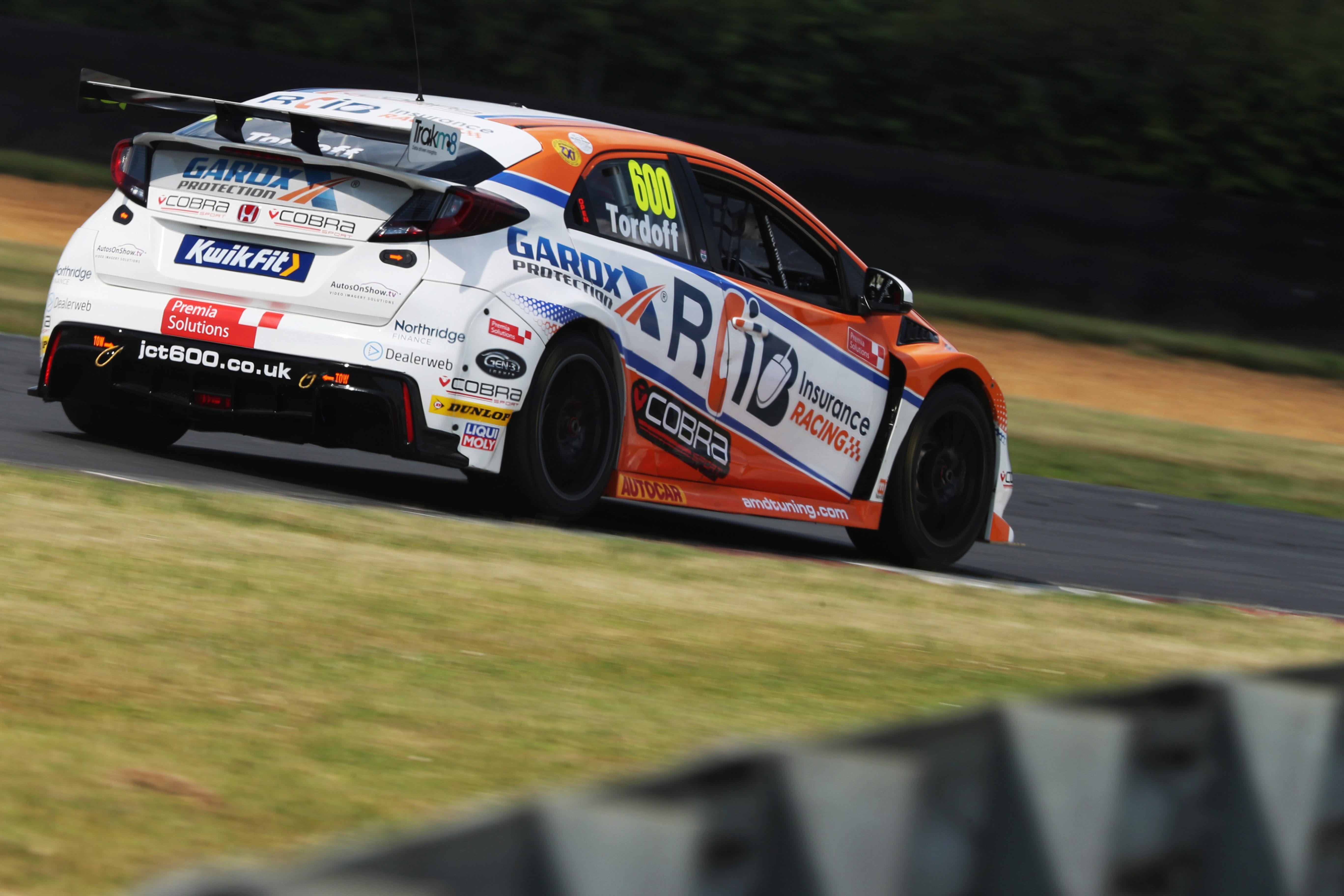 Sam Tordoff has taken pole position for the second time this season at Thruxton in an uninterrupted session as the BTCC returns for it’s second foray at the Hampshire circuit.

Dan Cammish, Adam Morgan and Josh Cook rounded out the top five with Colin Turkington and Andrew Jordan, the two drivers to look out for championship battle, languishing outside the top ten with a huge task on their hands on Sunday.

Tom Oliphant set the pace in the early running with a lap time of 1:16.706 for Team BMW, but times started to tumble with Ash Sutton, Adam Morgan, Sam Tordoff and Jason Plato going into the top four with plenty of time left in the session.

Rory Butcher went top of the times with a lap of 1:16.209, 0.170 seconds ahead of Sam Tordoff in second. Tom Ingram took second place with a lot of the top 15 going into the pit lane to wait for a clear track, including Adam Morgan who is looking to regain his form after a poor season so far.

Plato moved up to fifth, just behind Tordoff and Ingram, on the next lap he set personal bests in the first two sectors, allowing him to take pole position with a time of 1:15.890, carrying on his form from Free Practice 2 where he topped the times.

Dan Cammish was threatening the times as he went from seventh into third, with Adam Morgan also up into second place, only a tenth down from Plato.

Tordoff who took pole in the first visit in replaced Plato at the top of the times with a time that was 0.014 seconds faster. With ten minutes left, most drivers went back into the pits for another set of tyres to finish a frantic session with one last push.

Seven minutes remained in the session with Turkington and Jordan laying in fifteenth and twentieth, with a final push they managed to move up to eleventh and thirteenth with just over a minute to go. Most drivers couldn’t improve on their lap times in the closing minutes of action, meaning Tordoff could claim pole.