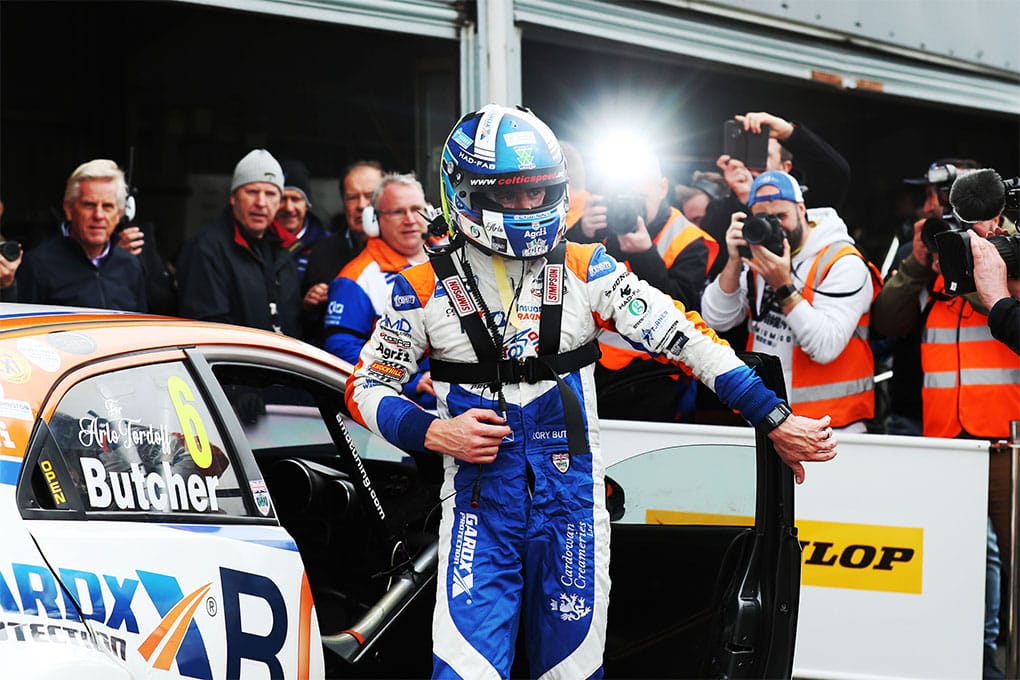 Cobra Sport AmD with AutoAid/RCIB Insurance Racing team principal Shaun Hollamby is in a confident mood as his team head into the Silverstone race weekend as they remain in the hunt for the Independents’ Trophy and lead the way in the Jack Sears Trophy.

With Rory Butcher and Sam Tordoff behind the wheel, the team have proved they can mix with the best of the field with Butcher taking three victories so far this season, and Tordoff one more.

“All season we have tried to make sure that we didn’t get carried away about our results, and with two rounds to go, we now find ourselves right in the mix for each of the championships we are eligible for,” explained Hollamby.

“To be able to say that against the competition we face in the BTCC is something I am hugely proud of, and we will be giving our all over the final two rounds to see what we can achieve in the final standings.

“On the back of his results at Knockhill, Rory can head for Silverstone with plenty of confidence behind him, and we are confident that he will once again be right at the sharp end of the grid and fighting for the podium places.”

As Sam Tordoff faces a tough time in his life off-track, Hollamby acknowledges the efforts that the Yorkshireman has put in this season.

“Sam’s involvement with the programme and the experience he has been able to bring from racing with some of the top teams in the series has been invaluable this year.

“He has shown his undoubted speed and has been a key part of the success we have enjoyed, and certainly deserved more than the win he secured at Thruxton.

“Whilst it is unfortunate that his season has ended early, family must come first in these circumstances. His decision to sit out the final two rounds is one that is completely understandable, and he and Georgie remain firmly in our thoughts and have our ongoing support.”

With Tordoff out, Mike Bushell took over his drive last time out at Knockhill and will continue with the team for the remaining two race weekends.

“After an unlucky weekend at Knockhill, I’m sure that Mike will do a good job on Sam’s behalf through the final two rounds and will be able to challenge for some strong points at both Silverstone and Brands Hatch.”