Local win for Butcher in opening BTCC race at Knockhill 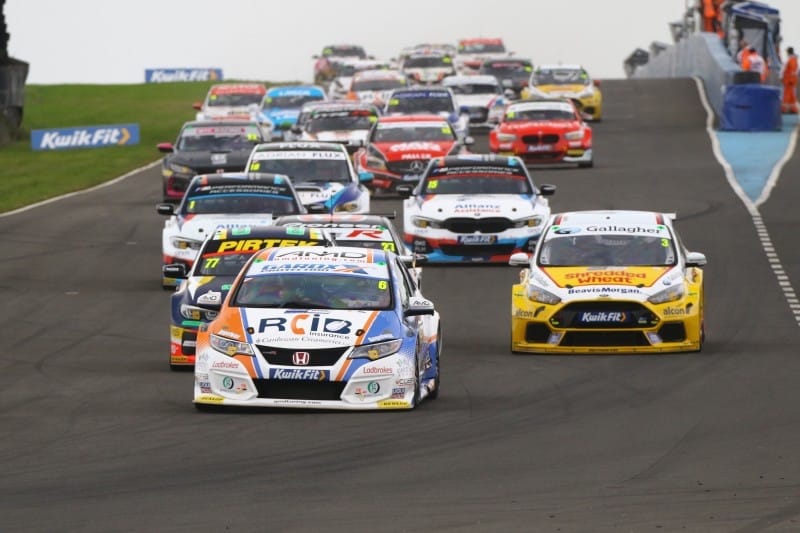 Local driver Rory Butcher dedicated his victory to fellow BTCC racer Sam Tordoff and his family following the sad news that their new born baby had passed away, in the opening race at Knockhill, after defending a strong late challenge from Andrew Jordan.

Butcher took an immediate lead, while Jordan powered his WSR BMW inside the Team Dynamics Honda of Dan Cammish to grab an early second spot.

BTCC returnee Mike Bushell would be the first retirement of the weekend after contact with Ollie Jackson; breaking his front left suspension and forcing him in to a spin.

Nic Hamilton found himself in the wrong place at the wrong time as he was collected by Michael Crees after contact with Bobby Thompson. Both Hamilton and Crees would be out of the race as the safety car was called to clear the stricken Focus.

With the race extended due to a long safety car period, racing was resumed on lap eight, and Butcher continued in the lead, although he was struggling with a loss of second gear.

Chilton made a bold pass into the top three using the incline while turning into the hairpin.

Ashley Sutton‘s race ended early when he went through the gravel with a broken suspension, crabbing his way back to the pit lane after Sutton tried to put his Subaru down the inside of Matt Neal’s Honda over a battle for tenth place; Neal limped back to the pits from damage and both drivers had to retire.

Despite being in the top-three, Chilton wasn’t finished and attempted to pass Turkington around the outside of the hairpin. The defending champions wasn’t ready to yield the position and run Chilton out to the edge of the track, forcing the Motorbase driver to drop down the order.

With Butcher out front and Turkington valiantly defending his second place, Cammish was now up to third ahead of Senna Proctor, Chris Smiley and Chilton.

The top ten was rounded out by Tom Ingram, Adam Morgan, and Jake Hill who were all locked in to their own battle.