Oliphant hoping to challenge for first BTCC win at Silverstone 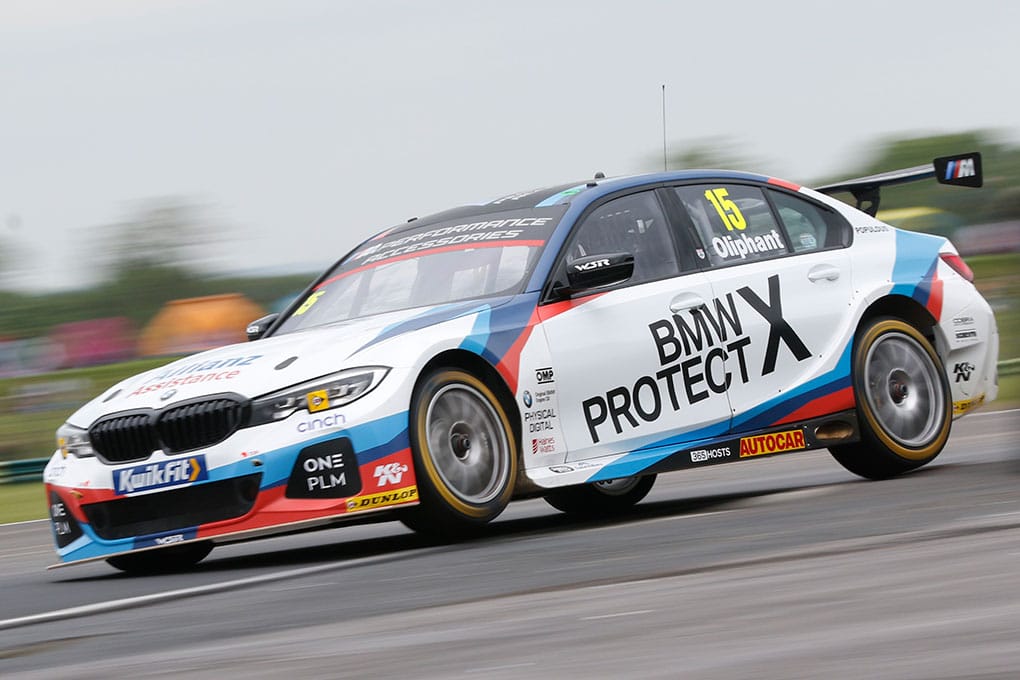 Following a tough mid-field battle at Knockhill, Tom Oliphant is hoping to propell himself into the battle at the front as the Kwik Fit British Touring Car Championship heads to Silverstone this weekend.

With three points finishing results in Scotland, Oliphant is optimistic that he can turn his pace in to results for the next round.

“I’m definitely fired-up for Silverstone,” said Oliphant. “The car felt mega at Knockhill, and I set fastest lap in two of the three races which proved our pace but Lady Luck just wasn’t on our side.

“Moving forward, I think Silverstone will be a good track for us, and the 3 Series’ dynamics should suit it a bit more than the 1 Series did.”

With the nature of the flat, National circuit layout at Silverstone being very different the undulating Knockhill circuit, Oliphant knows what he has to do this weekend, starting in qualifying.

“It’s a completely different challenge to Knockhill; that was all about throwing the car about, whereas you need to be very precise around Silverstone’s National circuit and can’t really afford to make mistakes.

“Qualifying well will be important; that’s something I’ve learnt in the BTCC this year, that with everybody so closely-matched, if you want to race at the front you need to start towards the front.”

One upside to finishing outside of the top-ten at Knockhill means that Oliphant enters Silverstone with no success ballast, meaning he will have a lighter car from the start.

“With no weight in my car, I really need to make the most of that. I’ve always gone well there and scored a couple of good results last year, and I think we stand a good chance of featuring right up at the front this weekend.”

With two podium finishes already this season, Oliphant still has one more goal to achieve this season, reaching the top step of the podium.

“I really want to challenge for my first win. I feel like I’ve shown glimpses of what I can do, but it’s not all come together yet. With just Silverstone and Brands GP now left on the schedule in 2019, I’m looking forward to signing off the season on a high.”