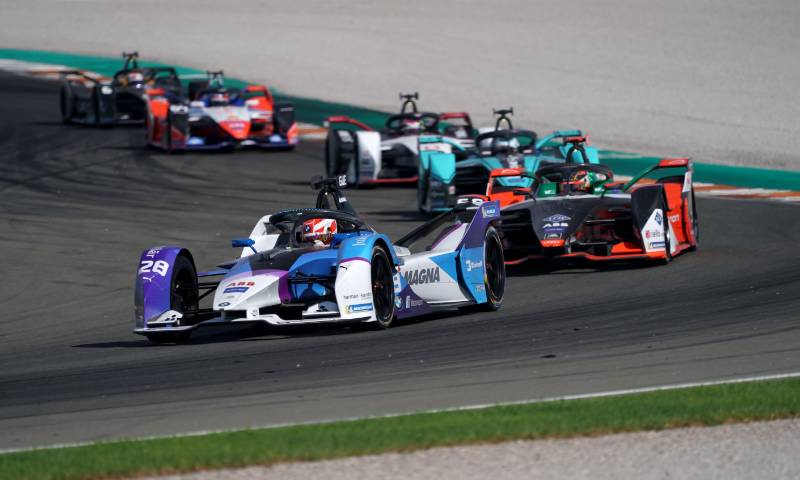 Maximillian Gunther ended Envision Virgin Racing’s dominance of the time sheets by setting the fastest lap on the final day of the pre-season test in Valencia.

The German, in his first official outing for BMW i Andretti Motorsport this week since moving from GEOX Dragon, set a time of 1:15.087 in the afternoon session to pip Pascal Wehrlein’s previous benchmark by a tenth.

Just eight thousands behind Wehrlein was Nico Muller, who has seemingly gotten to grips with the series quickly ahead of his debut season.

He was followed by Antonio Felix da Costa in the DS Techeetah, Sebastien Buemi in the Nissan e.dams and then Mitch Evans for Panasonic Jaguar Racing.

Having topped the timesheets on the first two days Sam Bird and Robin Frijns found themselves in the middle of the pack on the final day, along with both Audi Sport ABT Schaefflers.

The TAG Heuer Porsche team were even further down the order however, with Andre Lotterer just behind the Audis and Neel Jani third slowest overall

The session however was disrupted several times, starting with BMW’s Alexander Sims crashing at the chicane in the morning.

Brendon Hartley then put his Dragon in the gravel in the afternoon, with Muller and Stoffel Vandoorne then damaging their cars at the same chicane as Sims.

Gunther himself then stopped with a technical issue towards the end of the session, bringing it to a premature end.

The teams will now continue their pre-season preparations before the season opener in Ad Diriyah on 22 November.

The full results from testing are available here.