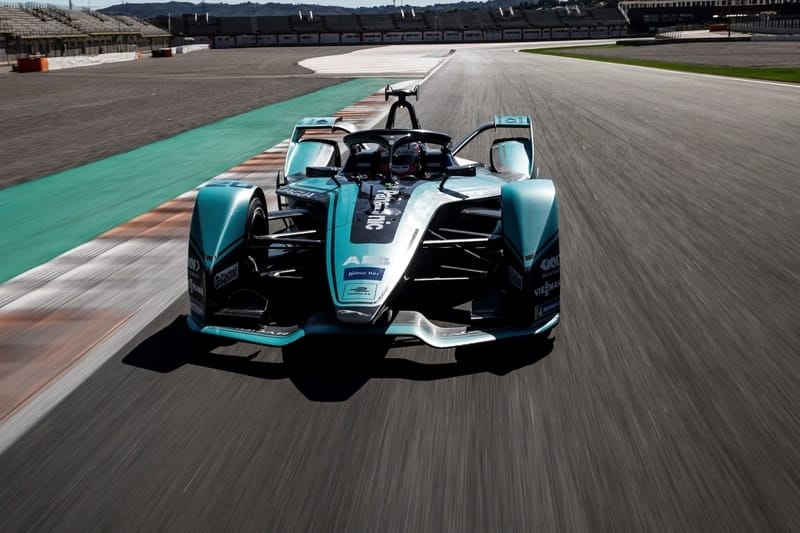 The brand-new Jaguar I-TYPE 4 proved to be both quick and reliable in the hands of seasoned Formula E veteran Mitch Evans and season six debutant, James Calado, during testing last week.

Panasonic Jaguar Racing Team Director James Barclay said afterwards, “The pre-season test is a really important time for further development and from our three day programme, we can see areas where we can take another step forward.

“Overall, we’re pleased with the work we have done here and with the car as it looks competitive on track. It’s hard to tell where everyone else is and it is difficult to compare lap times and race runs during testing so we have focussed on our own plan.

“We are looking forward to now completing our test programme and taking the Jaguar I-TYPE 4 to Saudi Arabia for the first race, pushing for points.”

Calado equipped himself well during the test and his racing pedigree suggests he will have a successful season ahead.

The British driver had a successful single-seater career, finishing second in the 2011 GP3 Series and third in the 2012 GP2 Series.

After serving as a test driver for Sahara Force India in 2013, he has raced in the World Endurance Championship with AF Corse Ferrari where he won the LMGTE Pro title in 2016 and the 24 Hours of Le Mans last June.

After the test he said:

“The three days of testing have been really beneficial for me and the team to try and develop the car and see where we are in terms of pace.

“We’ve completed an intense programme and it looks positive so far. On my side of the garage the test has been largely about learning, trying different set ups and understanding the car as best as I can ahead of Diriyah.”

With another season of Formula E in store for Evans, the cool, calm Kiwi is excited about the prospects for himself and the Jaguar outfit this season.

Last season saw him win his first race and finish fifth in the championship, and following the test he’s confident he can start the 2019-20 season strongly.

“It’s been a good test and opportunity to put plenty of kms on the car,” Evans said. “We got to iron out any issues with the new car – that’s to be expected with a brand-new powertrain.

“We’ve collected a lot of data over the test, pushing the limits of the new powertrain and learning a lot along the way. This week has given me confidence so we’re ready to hit the ground running in Saudi Arabia in just over four weeks.”

With the first race in Ad Diriyah just weeks away, Jaguar, along with the rest of the paddock will hope to utilise this time effectively to make sure they are ready for the start of season six of Formula E.