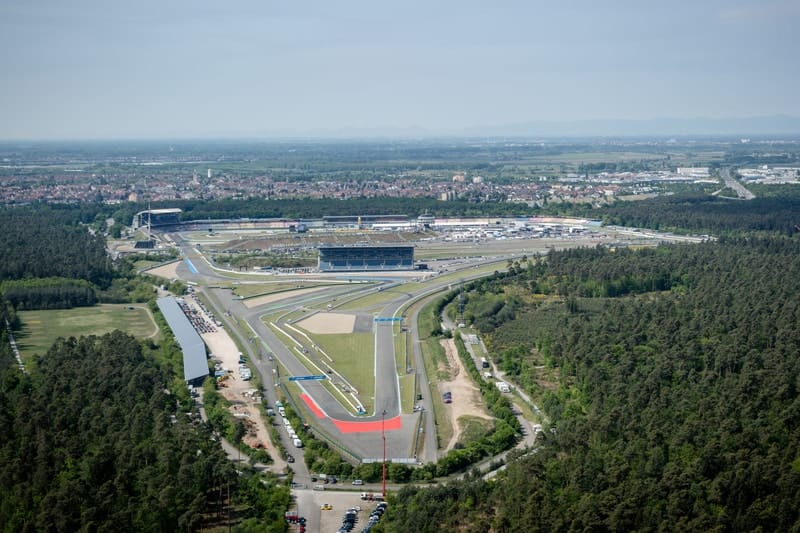 After eight rounds, and sixteen races the final two races will take place this weekend at Hockenheim.

The championship has already been wrapped up with René Rast being crowned last time out at the Nürburgring.

In a first for the series, drivers from the SuperGT will be joining the field for the weekend as the partnership between the two championships furthers.

What Happened Last Time Out at the Nürburgring?

Last time out at the Nürburgring, the weekend was dominated by Audi.

In the first race of the weekend, Rast took a commanding victory to win by almost eleven seconds over Bruno Spengler with Marco Wittmann third after starting eleventh.

Rast’s title challenge was given a boost after rival Nico Müller was given a drive through penalty for jumping the start, and Mike Rockenfeller suffered an engine failure.

This meant heading into the second race of the weekend, Rast held a forty-seven point lead over Müller.

On Sunday, Jamie Green claimed his first victory in the DTM since the Hockenheim finale back in 2017.

Starting from second on the grid, Rast make a clean getaway to jump into the lead, however was not able to breakaway as he had the day before with Green sticking to his rear.

Müller, after a difficult race on Saturday and qualifying needed to have a strong result if he was to have a hope of keeping the championship alive.

However, the Swiss driver struggled to make progress through the field when it was necessary which proved costly.

Müller ended up sixth, and with Rast third it meant the German was the DTM champion for the second time in his career.

What Happened at the DTM Finale in 2018?

Ahead of the finale last year it was announced that Aston Martin would be joining the series, a year on the team has been left feeling disappointed with their venture in the DTM after teething issues.

It was also announced that WRT would join as an Audi customer team with the team claiming a number of strong points finishes.

On track, Rast claimed his fifth and sixth race wins in a row as the German came back from a disappointing start of the season to claiming second in the championship standings.

This meant after arriving at Hockenheim thirty points adrift he missed out on the title by a mere four points.

However, it was Gary Paffett who claimed the elusive crown after a thirteen year wait since he first won the championship.

Consistency was the key for the Briton who only took three wins compare to Rast’s seven, but seven further podium finishes and qualifying in the top three eleven times bolstered his chances.

It was also Mercedes‘ final weekend in the series after thirty years – which was met which much confusion especially as they claimed all three championships.

What is the Schedule?

WHERE CAN I WATCH THE DTM ACTION AT HOCKENHEIM?

Coverage of the DTM Series is available through FreeSports, with the series no longer offering their YouTube streams to UK viewers.

HOW CAN I KEEP UP WITH THE ACTION?

The action from every session as well as any breaking news will be shared here on TCF!