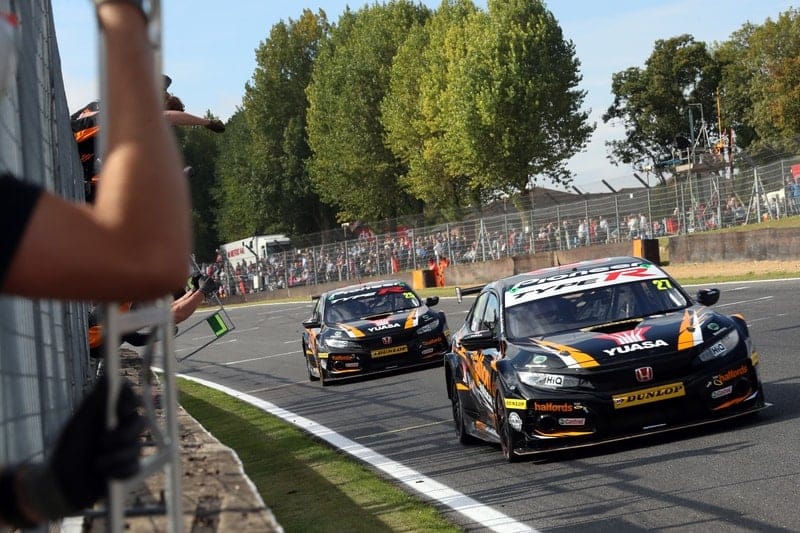 TCR Australia star Aaron Cameron is set to join up with Halfords Yuasa Racing for a test at Silverstone this week for his first taste of BTCC action.

For Cameron, it will be a chance to test machinery that is faster than the TCR cars he is used to and it came about due to MARC Cars boss Ryan McLeod giving his name to the team and as a result he was given this opportunity.

He also raced for Team Dynamics during the Dubai 24 Hours in an Audi TCR car so he is familiar with the team ran by Steve Neal and it is an opportunity he is very much excited for.

He said that his plans aren’t fully locked in yet and while he wants another season in TCR Australia, it gives him an understanding of what is available to him.

“I’m very excited to drive a BTCC Honda for the first time at an iconic circuit like Silverstone,” said Cameron.

“It’s the first time that I’ll have the chance to drive at Silverstone.

“Team Dynamics has allocated me a considerable amount of laps in the car, so it will give me a good chance to get a feel for the car.

“I’ve really enjoyed my time in TCR Australia this year. It has given me a lot of opportunities to see what else is out there.

“My plans for 2020 aren’t locked in yet. I’d like to do another season in TCR Australia, but a test like this will give me a good understanding of what else is available and where I can start to look into the future.

“This whole deal to test the car has come about with the assistance and support of Ryan McLeod.

“He was the one who linked me with Team Dynamics to drive the Audi TCR car in Dubai, and now it has progressed to this BTCC test, so I can’t thank him enough.”