Massa leaves Venturi after not achieving ‘what we hoped’ 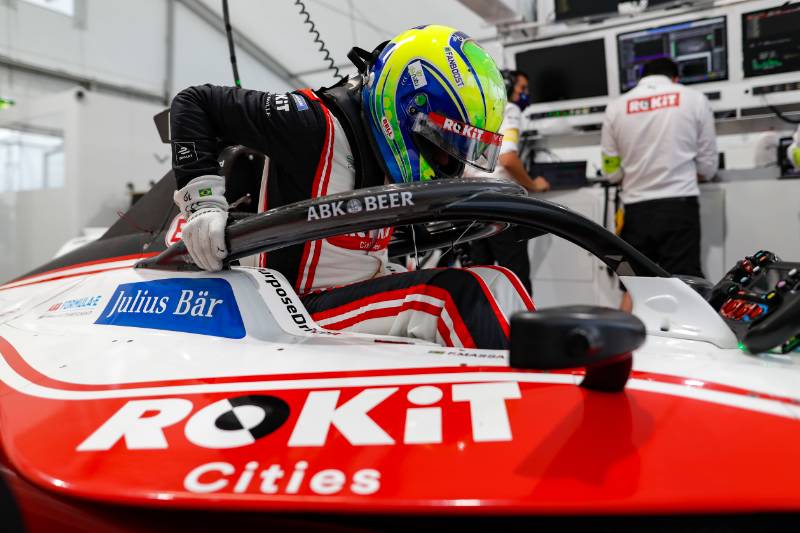 Felipe Massa has parted with the ROKiT Venturi Racing team after the conclusion of the 2019-20 season.

Just minutes after he had crossed the line in the final round in Berlin the team announced that the Brazilian would not be racing for them in 2020-21 and Massa was seen giving an emotional goodbye to his mechanics.

It had been another disappointing season for Massa as he only scored one point in the six Berlin races to add to the two points he scored earlier in the season in Santiago.

It means he finishes in twenty-second in the championship, thirty-eight points behind team-mate Edorado Mortara, in a season where he failed to get anywhere near the high that saw him score a podium finish in Monaco last year.

Speaking about the decision to part ways, Massa thanked the team for their faith in him but admitted that they had not achieved the results that they had hoped for in their time together.

“We’ve made some good memories together and it’s given me the opportunity to learn something completely different from what I’m used to, so first of all I want to thank [Venturi President] Gildo [Pastor] and [Team Principal] Susie [Wolff] for their faith in me.

“It’s been an honour to be part of the only motorsport team from the Principality, and representing them on the podium at the Monaco E-Prix was a definite highlight for me.

“The past two seasons have been a big learning curve for us all and unfortunately, for various reasons, we haven’t quite achieved what we hoped.

“Despite that, it’s been a lot of fun and I wish the team nothing but the very best of luck for the future. I look forward to announcing my future plans in due course.”

Team Principal Susie Wolff acknowledged how the team had benefitted from having a driver of his profile and experience.

“Felipe has brought a lot to the team. Having someone of his profile, calibre and experience has been a big help in driving the team forward. I have a huge amount of respect for Felipe. It’s been a joy working with him again and I wish him the very best for future.”