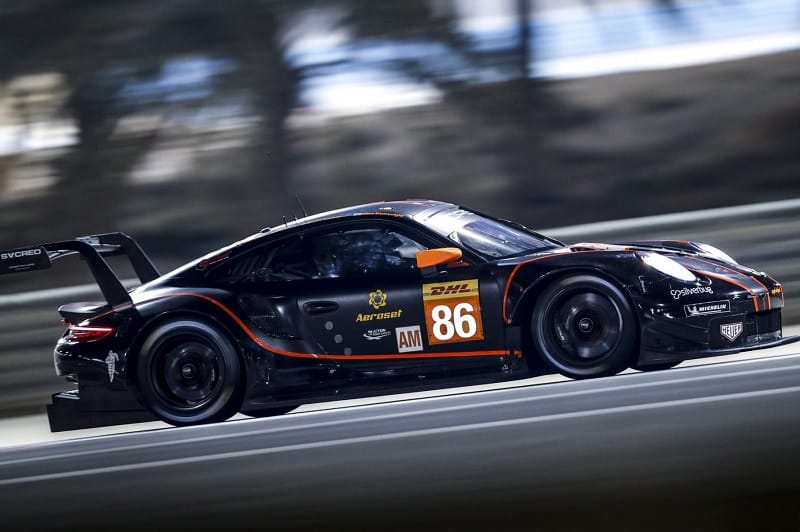 Winning the BRDC Young Driver of the Year award in 2018, Gamble has spent the last three years honing in his sportscar racing skills. Through this time, he has been successful in the GT World Challenge, Asian Le Mans Series and most recently ELMS. His race to claim the LMP3 championship last year with fellow British racers Wayne Boyd and Robert Wheldo saw the trio take three wins and four podiums in the five races that took place.

The 19-year-old will race in WEC onboard the #86 Porsche RSR alongside Team Principal Mike Wainwright and gold-rated Ben Barker. He will split his commitments between WEC, 24 Hours of Le Mans and ELMS as he will stay in the European series to fight for the LMP2 title.

“I’m so grateful for the opportunity to compete in this seasons World Endurance Championship with GR in the Porsche RSR.” Gamble said. “To race at Le Mans has always been a dream of mine so I can’t thank Mike Wainwright enough for the seat and EDGE Management for getting the deal across the line.

“I think with the combination of the team, car and driver line up, we have a real chance to fight for some podiums this season.”

Owen Daley, Team Manager of GR Racing, added: “Tom is one of the most exciting young drivers around, he’s proven himself to be quick in everything he drives, there is no wonder he won the BRDC Young Driver of the year award. Winning the ELMS LMP3 Championship proved to us he was ready for the next step and we were delighted to be able to get him to join us for our WEC campaign.”

Gamble will make his first appearance in WEC during the 2021 season Prologue at Spa-Francorchamps, April 26/27, with the first round of the championship on May 1.