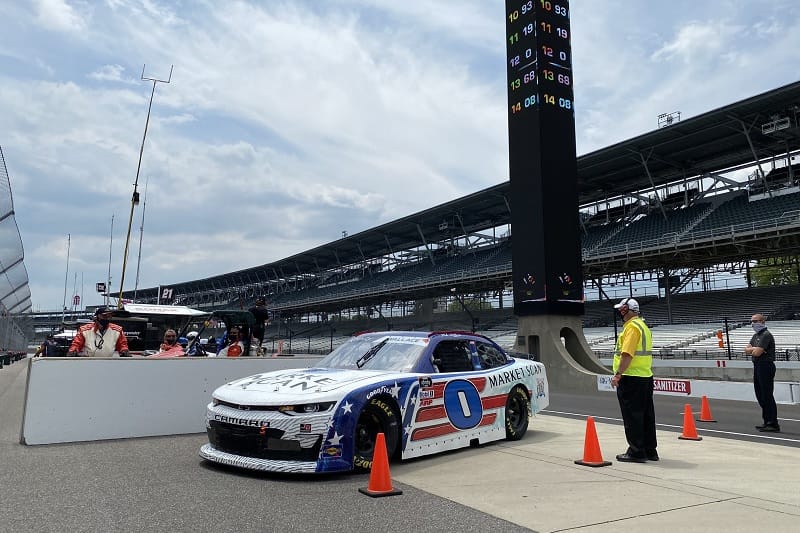 After being indefinitely suspended last fall, Mike Wallace and Josh Reaume have been reinstated by NASCAR. The sanctioning body released its weekly penalty report on Wednesday, which did not feature any infractions or discipline for those involved in the previous Bristol dirt weekend but mentioned the two have “successfully completed the terms and conditions mandated for reinstatement.”

Wallace was suspended in September after serving as a road course ringer in the NASCAR Xfinity Series for JD Motorsports. Running his first NASCAR races since 2015, he entered the Indianapolis and Daytona infield road course races and Road America, scoring a best finish of twenty-fourth in all but Daytona. NASCAR did not provide a specific reason for the suspension other than it being connected to him violating the sport’s behavioural policy; in particular, he broke the rule book’s sections 12.1, 12.8, and 12.8.1.e: “Member actions that could result in a fine and/or indefinite suspension, or termination: Public statement and/or communication that criticizes, ridicules, or otherwise disparages another person based upon that person’s race, color, creed, national origin, gender, sexual orientation, marital status, religion, age, or handicapping condition.”

While various fans found insensitive posts on Wallace’s Facebook profile that were particularly tied to political and racial tensions in the United States that have inflamed since the summer, NASCAR eventually confirmed the suspension was not tied to the uncovered posts. The 62-year-old’s two appeals to the National Motorsports Appeal Panel to overturn the suspension were denied, keeping him out of the sport until he completed mandatory sensitivity training.

It is unlikely Wallace would have remained at JDM for 2021 even if the suspension never occurred as the team is fielding four full-time drivers for the first time in their history.

Reaume, a Camping World Truck Series owner/driver, received his own suspension for the same infraction in November. Like Wallace, NASCAR remained mum on the reasoning, though it was tied to a Snapchat post by Reaume of a toaster strudel with a frosting drawing of a swatika. In addition to the obviously anti-Semitic background of the symbol, the suspension was handed down on the anniversary of Kristallnacht, a Nazi German-led stretch of violence against Jews in a prelude to the Holocaust.

In an interview with TobyChristie.com, Reaume explained there was no malice in the drawing as he had “arbitrarily” doodled on the strudel, resulting in the shape, before posting it to a private Snapchat account. Nevertheless, he expressed remorse for his action, apologised, and acknowledged that NASCAR’s decisions were made in the sport’s best interest. 2020 had been a major turning point for NASCAR from a social standpoint, most notably with the indefinite suspension of the since-reinstated Kyle Larson for a racial slur, the support for Black Lives Matter and LGBTQ+ efforts, and the Confederate flag ban.

Despite the suspension, his Reaume Brothers Racing team continued to operate in the Truck and Xfinity Series. For 2021, the team is fielding two full-time trucks for multiple drivers and has partnered with MBM Motorsports at the Xfinity level. His last start in NASCAR was a thirty-third in the 2020 Truck season finale.

By Justin Nguyen
1 Mins read
Jason White, who ran the Xfinity opener at Daytona in his first NASCAR race since 2014, has joined MBM Motorsports for Talladega later this month. It will be his first race there in 8 years
NASCAR Truck Series

By Justin Nguyen
2 Mins read
Brian Brown, a five-time champion at Knoxville Raceway, will make his NASCAR Truck début for Kyle Busch Motorsports when the series heads there in July.