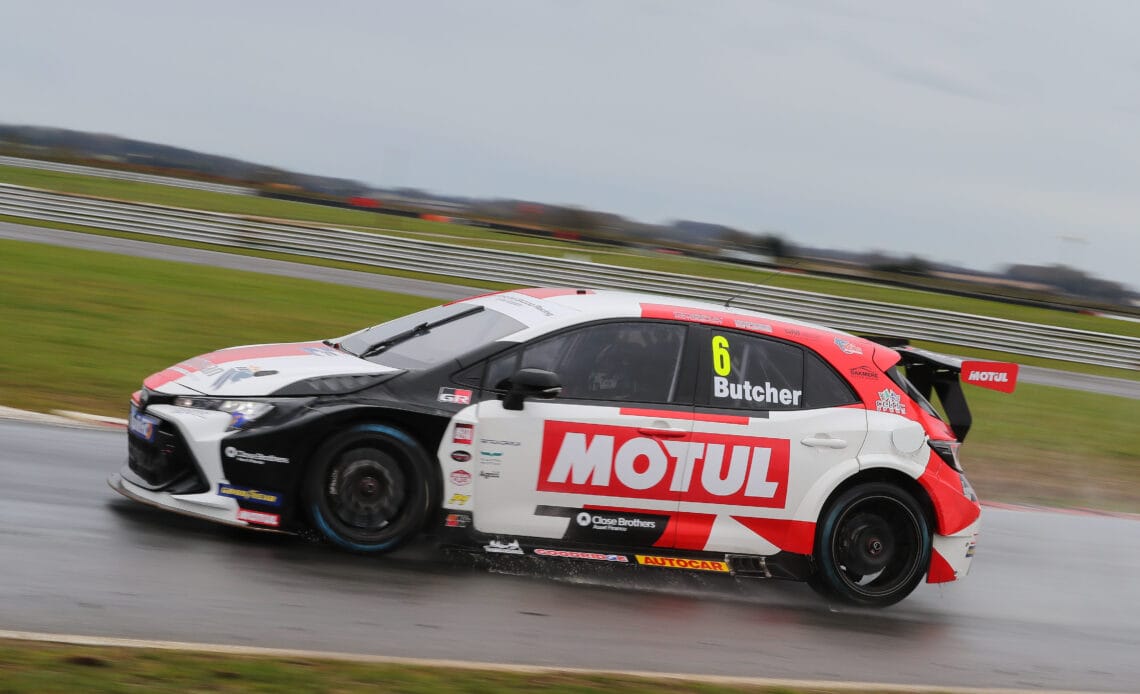 Rory Butcher on track during his maiden testing outing in the Toyota Corolla.

Rory Butcher started his stint with Toyota Gazoo Racing UK with their testing campaign starting this past week at Oulton Park, Donington Park and Snetterton after the covers came off of their Corolla challenger.

Butcher had his first run in the car during this stint and was impressed with the start to testing ahead of the 2021 British Touring Car Championship season and being able to get back into the groove.

“It felt great to return to a circuit for the first time in a while and to get my ‘race head’ back on. I always do a lot of preparation and training at home, but there’s nothing like actually arriving at the track and knuckling down to work, and to benefit from a proper block of test days to really get a feel for the Corolla was ideal,” said Butcher.

“Donington was effectively a shakedown that quite quickly developed into a more serious test session. We were able to make finer adjustments to the set-up in the afternoon and learn how the car reacts to them, and I got to understand a bit more about how the team operates and start building a real rapport with my engineer and the whole Speedworks crew.

“I’m quite fortunate in that this is the fifth car I have driven in the BTCC in less than four years, and I think that prior experience unquestionably helps. I know what a good car feels like and I know what a bad car feels like and I’ve got to say, the Corolla is very confidence-inspiring, which encouraged me to push the limits and take risks earlier than I had been anticipating, without fearing that it would punish me when I asked for a little bit more. That’s exactly what I want out of a car.

“The Corolla gave me all the right feedback and definitely lived up to my expectations, and after just my first few laps at Snetterton, I came back in and said, ‘there’s really not a lot I would change’ – it honestly felt that good. I came away feeling pretty buoyant, and I genuinely think we’re in a very strong place at the moment.”