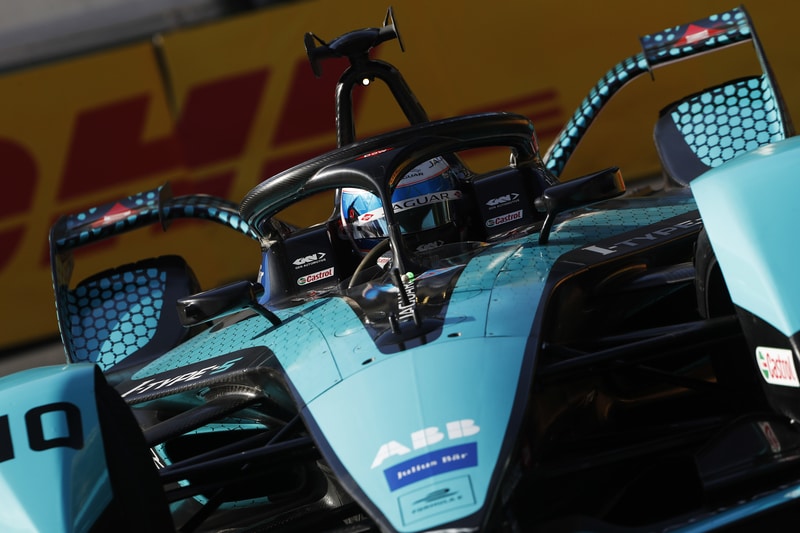 Mitch Evans topped the timings at the end of Free Practice Two for the Jaguar Racing team ahead of his teammate Sam Bird. This bodes well for the 12:00 CET (11:00 BST) qualifying session, as they start in Group One.

The session was calm, with drivers trying to complete their practice programs and make up for the lost time from the red flag this morning during Free Practice One. All the drivers set Attack Mode laps at the end of the session, except for Nick Cassidy (Envision Virgin Racing) who narrowly avoided a collision with Norman Nato (ROKiT Venturi Racing) who was going back into the pits. He finished the session in twenty-second, with his teammate Robin Frijns in sixth.

Both Andre Lotterer and Pascal Wehrlein were in the top ten at the end of Practice this morning for the TAG Heuer Porsche Formula E team. With their starts in Group three and Group two qualifying respectively, can they qualify in the top six ahead of the race?

The team championship leaders of the ABB FIA Formula E World Championship Mercedes-EQ Formula E were eighth and fifteenth. With twenty-three points separating them and Jaguar Racing and the strong pace of the team, could their place be taken by the British team later today in Qualifying and the race?

Anna Schuurmans is a freelance journalist who discovered her passion for motorsport in the last three years. She loves Formula 1, Formula 2 and Formula E, and tries to learn as much as possible about them. She is also part of the LGBTQ+ community and strives for equality for all.
Articles

By Paul Hensby
2 Mins read
Joel Eriksson will debut in Formula E next month in the Puebla E-Prix double header in place of Nico Müller, who will be racing instead in the DTM Series.
Formula E

By Paul Hensby
1 Mins read
Tom Dillmann will act as a reserve driver for Jaguar Racing for the remainder of the 2020-21 FIA Formula E season.
Formula E

By Anna Schuurmans
3 Mins read
Antonio Felix Da Costa was the race winner in Monaco, after a thrilling race saw him overtake Mitch Evans in the last lap.