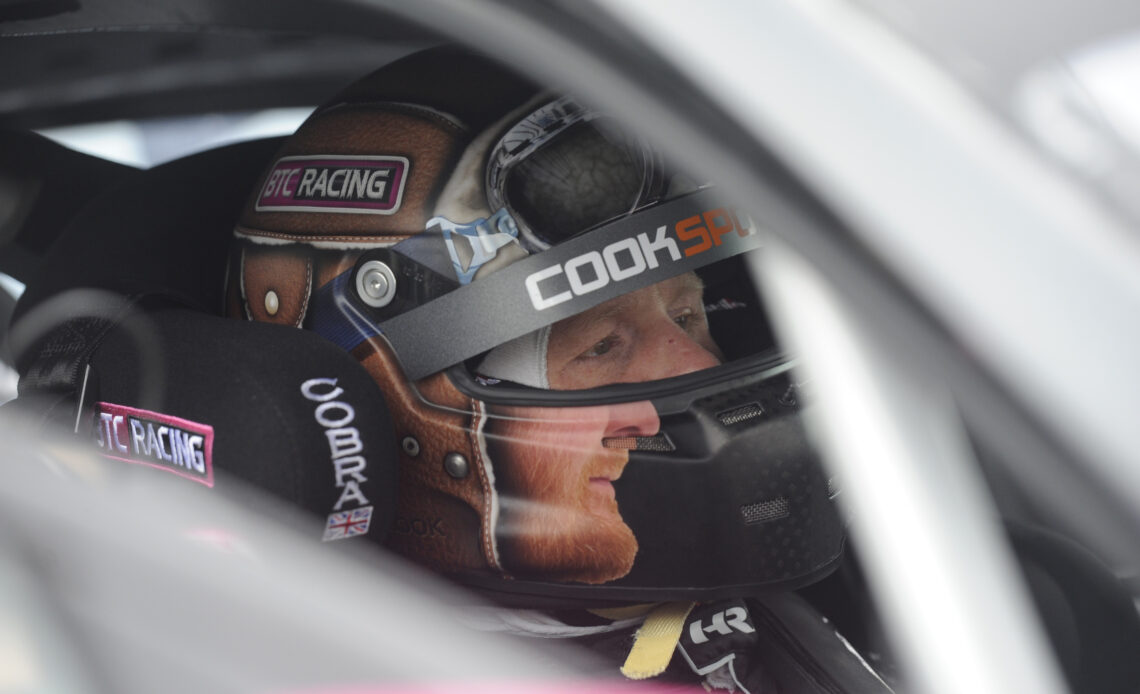 BTC Racing’s Josh Cook has claimed the win in the season opener at Thruxton in a race full of drama to begin the 2021 British Touring Car Championship (BTCC).

Cook finished ahead of Tom Ingram who achieved the highest result for the EXCELR8 TradePriceCars team in his first full outing in the Hyundai i30N Fastback and Jake Hill as he piloted the Ford Focus ST for MB Motorsport.

But it was Sutton himself that was the big story of the opening race as despite getting an excellent start, Cook headed into the lead with the defending champion leading into Complex on Lap One only for a spin after being clipped by Turkington sending him to the back.

While for Gordon Shedden, his return to the championship wasn’t a happy one as he also hit strife and went into the tyre barrier along with Chris Smiley. This coming after the Halfords Racing with Cataclean Honda was speared across the track after being unable to avoid Ollie Jackson‘s Ford Focus taking the Hyundai i30N with him.

Tom Oliphant also went down the order going off the track and so joined Sutton at the back following the safety car. This lasted until Lap Six extending the distance to 19 laps with Cook and Ingram surging towards the line looking for any advantage.

While another battle ensued as Adam Morgan, Carl Boardley, Dan Rowbottom, Tom Chilton and Jack Goff further down were all together up until the final point in 15th.

But it was Rowbottom who emerged best out of that battle as he surged past Morgan and Boardley into 9th place and hunting down Stephen Jelley who had the best of the race start going up 10 places from his initial race position.

The top five on Lap 10 saw Cook still lead with the fastest lap ahead of Ingram, Hill, Turkington, Butcher and Plato but the gap was widening with Cook over a second ahead of Ingram. While, Hill and Turkington were the two that were battling in this case for the final podium spot.

Further down, Cammish made good use of Plato and Butcher squabbling for 5th place to take two places in one move. While Jelley fell down the order and retired after mechanical issues allowing Rowbottom into that battle between Plato and Butcher towards the back end of the race.

For Sutton, as expected, he came from the back and into 11th place as he gained ground ahead of Race Two showing his pace and finished inside the top 10 in the end with Aidan Moffat and Carl Boardley just behind him in 11th and 12th.

While up ahead, Cook took the chequered flag with the order remaining unchanged ahead of Ingram and Hill for the podium spots ahead of Race Two where ballast will come into play.

Following the race, Turkington was issued with a 17-second time penalty for Race Two for the incident involving Sutton so will now start behind the Infiniti Q50 in tenth.