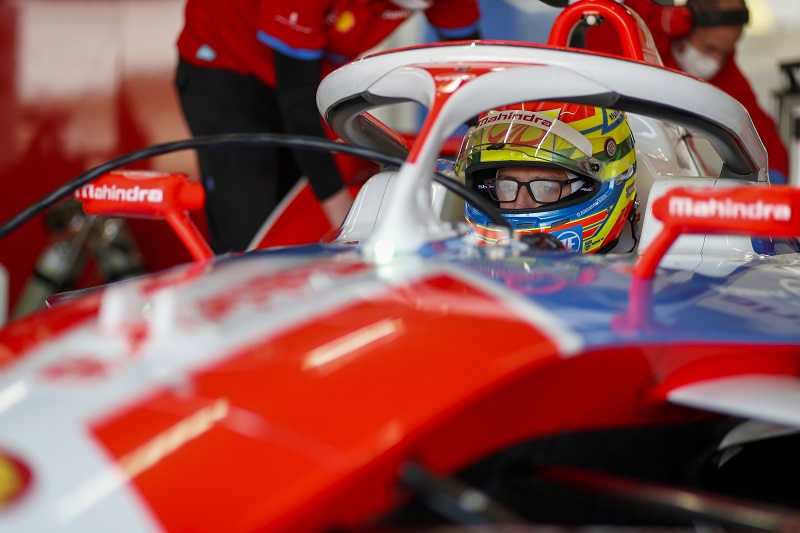 Alexander Sims goes to the New York City E-Prix this weekend optimistic of a strong weekend, with the British driver having had a positive weekend the last time he raced in Brooklyn.

The Mahindra Racing driver took his maiden pole position and a first podium finish around the streets of Brooklyn back in 2019, and he is keen to return to the kind of performance levels he knows he and the team can achieve this weekend.

Sims says it is important to have smooth race days in the ABB FIA Formula E World Championship if he is to be a contender for the big results, and he hopes this weekend’s double header in New York will see him challenging for points on both days.

“The New York City track is good fun and both Alex and I have had decent success there; the only time I’ve raced there before in Season 5 was one of the highlights of the season for me, scoring my first Formula E pole and podium,” said Sims.

“It’s critical in Formula E to have smooth race days and you’re only going to get good results from hard work, so hopefully that’s going to play out this weekend. I go to New York feeling optimistic that the ingredients are there for a strong result.”

“It’s a track that seems to suit me, my team-mate and the team” – Alex Lynn

Team-mate Alex Lynn is ‘super excited’ to be returning to the streets of New York, with the event having been absent from the Formula E calendar last year due to the coronavirus pandemic.

Lynn also took his maiden pole position in the series at this venue, and although he is still seeking a maiden victory in Formula E, he is confident of scoring big points in the ‘Big Apple’ and continue his run of top ten finishes.

“I’m super excited to race in New York this weekend,” said Lynn. “It’s such an iconic city and it’s a flagship event for Formula E, so to be returning after missing it last year is really special.

“I scored pole position in my first ever Formula E race there, and it’s a track that seems to suit me, my team-mate and the team.

“We’ll be racing on the same circuit configuration as the last time Formula E visited in Season 5, so we’re all familiar with the challenge. I’ve now scored in the last four consecutive races, so I’ll be looking to continue that consistency.”

By Paul Hensby
1 Mins read
McLaren’s participation in Formula E in 2022-23 remains in limbo, particularly after the announcements by Audi and BMW that they will be withdrawing from the championship.