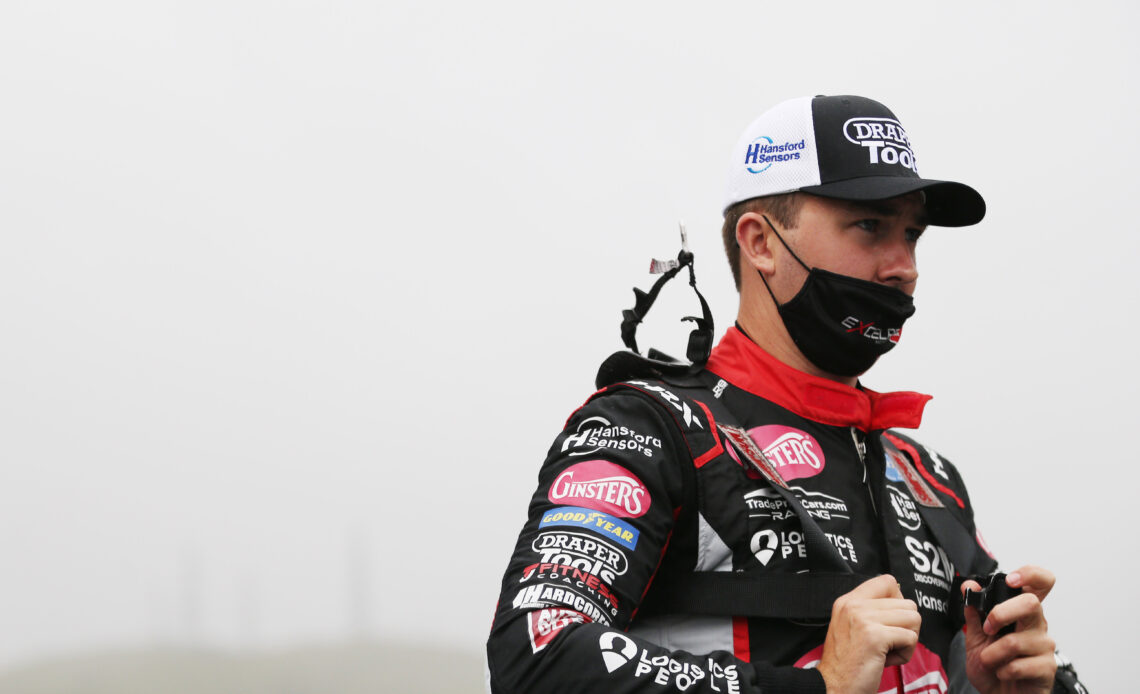 Tom Ingram has kept up with Ash Sutton to conclude proceedings at Knockhill as the 2021 British Touring Car Championship (BTCC) title fight continues to heat up.

One of the best passing moves of the season saw Ingram surge past pole sitter Stephen Jelley after previously being frustrated in the early running by Jason Plato and the Hyundai i30N Fastback driver did not look back from there finishing ahead of Senna Proctor and the aforementioned Team BMW driver in the podium spots.

Off the line, Jelley made a good start as he was followed by Plato, while Ingram went into third place ahead of Proctor but after Cook had an opening lap incident with Jack Goff, he stopped at the side of the road meaning a safety car had to be deployed.

It was a short safety car though with a restart forthcoming on Lap Four with Jelley leading once more heading into Duffers Dip despite having Plato again seeking him out. In third place, Ingram joined the leading group also due to the safety car as the pack began to gain.

Ingram made his move on the start finish straight but Plato kept him at bay but this allowed Jelley to get further away as he looked to take advantage.

Plato though got his second wind to begin Lap 9/25 and got back to chasing Jelley once more for the lead.

Ingram though found his way past Plato after the Power Maxed Vauxhall Astra locked up at the hairpin and due to the nature of the battle pack, Plato suffered contact and lost four places in a lap as he went down to fifth.

Plato was seemingly suffering with understeer and continued to lose places as Smiley and Moffat picked him off. Ingram dived round the inside of Jelley at the hairpin and took the lead though further up the road on Lap 18/25 and Proctor was the opportunist as he went into second.

Hill was battling for position further down and went off track back to eighth. Up front, Ingram and Proctor got away with Jelley keeping Shedden and Sutton at bay.

That is how it finished with Ingram taking Round 15 of the Championship ahead of Proctor and Jelley on the podium.