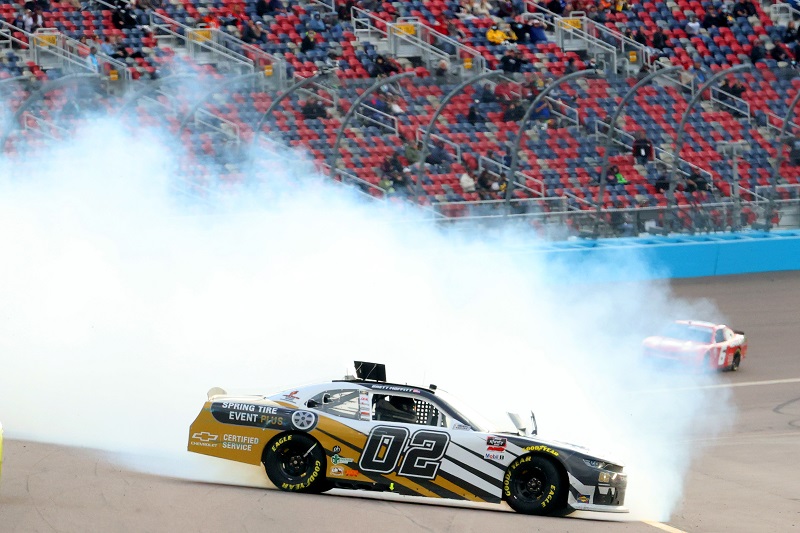 Brett Moffitt is out of commission for Saturday’s NASCAR Xfinity Series race at Richmond Raceway. On Wednesday, Moffitt announced due to an illness that prevented him from running the previous week’s Darlington Raceway event, he will have to skip Richmond. Ty Dillon will replace him in the #02 Chevrolet Camaro of Our Motorsports for the second straight race. Details of his sickness were not disclosed, but it is unlikely to be COVID-19 as he explained in a statement that he is attending the race.

“I’ll be in Richmond this weekend with the Our Motorsports team, but it will be as a spectator atop the team pit box,” began his release. “Last Saturday, en route to Darlington, I started feeling ill, which ultimately caused me to miss that race. After meeting with my doctors this week, they want me to sit out at Richmond as well, just as a precautionary measure. I plan to return to the seat of the #02 Chevy next week at Bristol (Motor Speedway).

“Thanks to Ty Dillon for filling in for me at Darlington. I’ll be rooting him on in person as he takes the wheel of the #02 Fr8Auctions Chevrolet again this Saturday!”

In having to skip two races, Moffitt’s playoff hopes take a hit as the Xfinity Series enters the penultimate round of the regular season. He is currently twenty-second in points with eight top-ten finishes and a best run of second in the season opener at Daytona, but he switched from Camping World Truck Series points in April and thus had to start his Xfinity run with zero points. While he will almost certainly receive a waiver from NASCAR to participate in the postseason should he qualify, he needs to win the final race at Bristol in order to do so; he finished twenty-sixth in his lone Xfinity start there in 2020, while he has a win in the Trucks.

The last two seasons have proven unlucky for Moffitt in the health department. When the 2020 slate was paused in the spring due to the pandemic, he broke his legs in a motocross accident, though the freeze bought him enough time to recover without missing a race. He would reach the Truck Series Championship Round that year.

Dillon finished thirteenth in relief duty at Darlington. It was his third start for Our after scoring a pair of top tens at Charlotte and Atlanta in the team’s #23 car. He also ran four races for Joe Gibbs Racing to begin the 2021 season, but those starts were plagued by bad luck as he failed to finish higher than fourteenth.

On Twitter, Dillon posted, “I’m going to do my best for @Brett_Moffitt and @OurMotorsports in the @fr8auctions Chevrolet this weekend!”

In ten career Xfinity starts at Richmond, he has seven top tens and two top fives, including a third in his most recent entry in 2017. He finished second in the 2016 spring event.

By Justin Nguyen
2 Mins read
Wisconsin native Dexter Bean will make his 2022 NASCAR Xfinity Series season début at his home track Road America, returning to DGM Racing for whom he has raced since its formation in 2015.