Jean-Éric Vergne on Mexico City Podium: “I think today we were the second best team” 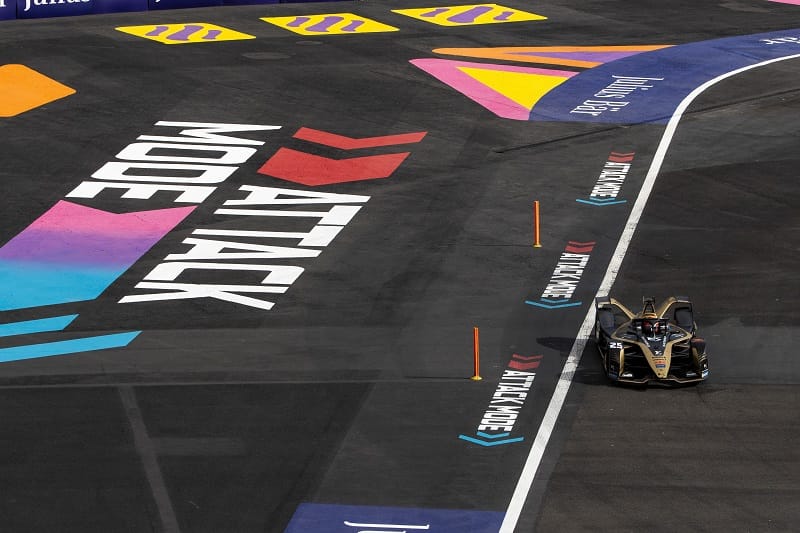 Jean-Éric Vergne secured his first podium finish of the 2021-22 ABB FIA Formula E World Championship season in the Mexico City E-Prix, but he acknowledged that his DS Techeetah team were only the second-best team at the Autodromo Hermanos Rodriguez.

The Tag Heuer Porsche FE Team galloped to a one-two finish in Saturday’s race, with Vergne forced to battle with the likes of Edoardo Mortaro, Robin Frijns and his Techeetah team-mate António Félix da Costa for the final position on the podium.

He ran second behind ROKiT Venturi Racing’s Mortara in the early laps before Porsche showed their hand, and he ultimately passed the Swiss driver with four laps remaining to ensure the top three spot.

With Porsche running hard to extend the race by one lap at the end, Vergne says the decision by the team to conserve energy early paid off as he was able to take third place, even though the pace of the Porsche’s made it impossible for anything better.

However, he was pleased with the way Techeetah responded after a difficult opening to the season in the Diriyah E-Prix double-header, and he hopes the progress can continue into the Rome E-Prix in April as he seeks his first victory of the year.

“It was a really interesting race with the different strategies with Porsche,” said Vergne. “I think that our team did a great call in changing my strategy to be able to finish 40 laps instead of 39.

“I lost some places at first but I was able to win them back at the end. I think today we were the second best team and we will keep working to be the best team.

“We improved a lot since Riyadh and the goal is to score points at all the races or even win podiums if we can. Now we go home, hungry for more victories.”

By Nick Golding
1 Mins read
Nyck de Vries will be taking Alex Albon’s spot at Williams for FP1 this weekend, as the Dutchman prepares for his duties at the Spanish Grand Prix.
Formula E

By Paul Hensby
2 Mins read
Jean-Éric Vergne finished race one of the Berlin E-Prix in second, but he knew he would have to attack Edoardo Mortara for the lead rather than settle for his position.