Yuki Tsunoda – “I want to improve my pace and the consistency in the way I drive.” 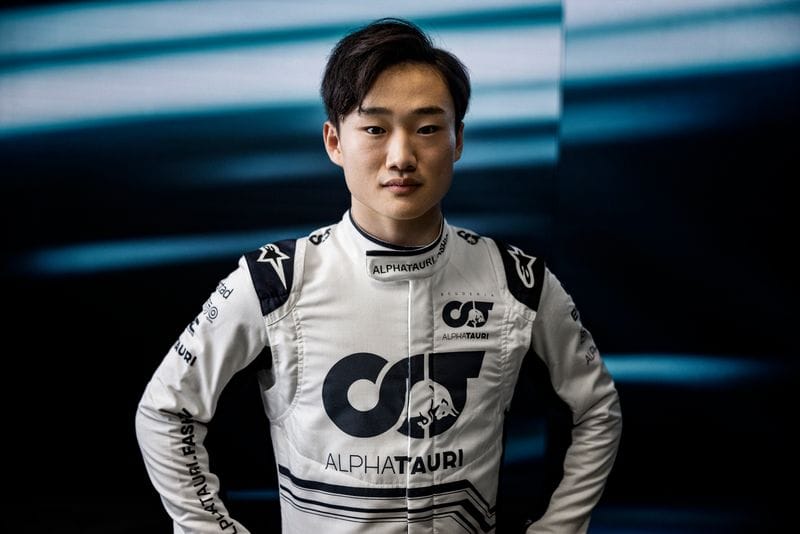 Following the launch of the AT03 in the “Style Of A New Era” for AlphaTauri, the team will be hoping to push on from there impressive season last year where they finished with their highest points in Formula 1 to date with 142 points. One driver who will be looking to improve on his Rookie season is Yuki Tsunoda who gave his thoughts on the new car at the launch.

“It really does look great.” Yuki Tsunoda confirmed, “Of course we’ve not seen the real car on track yet, but the new shape and design are really cool, and I think the livery suits it really well and I hope everyone enjoys the launch video.”

Tsunoda will be able to test the AT03 for the first time in Barcelona next week, where he will be able to get a feel for the new car, especially with the new regulation changes that have been introduced making the 2022 season more challenging and competitive than ever before for all the drivers.

When asked about how physically and mentally prepared Tsunoda is for this year, he replied “I’m really looking forward to racing again. I feel I have a much better understanding of what I have to do than I did a year ago, I know how to prepare in order to perform well.

“I know what my weak points are, I have all of my experience from last year to build on and I have been working hard to be ready. Last year, if anything unexpected or unusual happened, I could not adapt quickly enough to deal with the situation, which is why I struggled in a lot of races.

“l ended last year with a fourth place in Abu Dhabi, so I want to carry that momentum into this new season. I feel more pressure to perform now than I did last year but its a good pressure, which is motivation for me when I’m training.”

Tsunoda was able to pick up 32 points in his first season in F1 with seven top ten finishes in 2021. As the Japanese driver mentioned, his best race of last season came in Abu Dhabi at the final circuit of the year in fourth place.

He will be hoping to build on the strong pace he showed from the end of last year into the start of the 2022 campaign.

When asked about his goals for his second season in F1, Tsunoda relpied by saying, “I want to Improve my pace and the consistency in the way I drive. I know what to do to achieve that. If I can work the way I did at the last three or four races of last year, that will be a good way to start. It won’t be easy, but I am confident that I can achieve that.”

Tsunoda had three non-finishes in 2021 and finished outside the points in 12 of the 22 races, so he will be eager to improve that in his second year in the sport which we all know he is capable of.

Hopefully if everything goes to plan in the calendar this year, Tsunoda will be able to race in Suzuka in front of his home crowd for the very first time in Formula 1.

“I’m really looking forward to that. Driving in Suzuka will be special. It has always been my dream to drive in F1 in front of Japanese fans and It would be really good to get an extra special result there. For now. I just want to concentrate on producing a better overall performance than last year. I feel I’m better prepared.”

I am 20 years old and I’m a big fan of Formula 1 and Chelsea FC. I write articles for The Checkered Flag and The Chelsea Social.
Articles