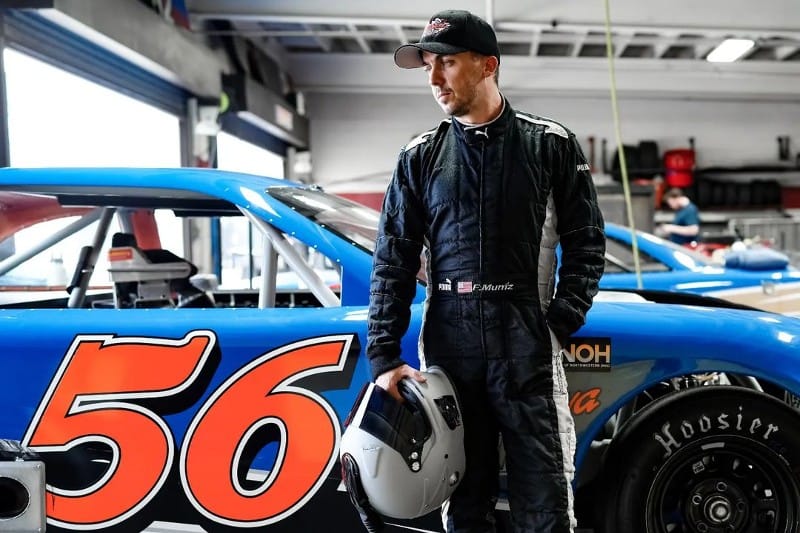 In Season 1, Episode 10 of the hit sitcom Malcolm in the Middle, the titular protagonist and his family attend a now-ARCA Menards Series West race at Irwindale Speedway, where his father Hal remarks that legendary driver Rusty Malcolm is his namesake. Over two decades since that episode’s airing, Malcolm is hoping to do some ARCA and NASCAR driving himself.

While Frankie Muniz‘s acting days have slowed down since their height in the early- to mid-2000s, he has shifted his focus back into motorsport. A longtime racing fan who drove the pace car at the 2001 Daytona 500 and raced in the open-wheel ladder during the decade, Muniz revived his driving career in the world of stock cars and revealed in a Wednesday interview with SiriusXM that he is in talks with “a bunch of teams” in the ARCA Menards Series and NASCAR Xfinity and Camping World Truck Series about potential rides for 2023.

“I want to be realistic too. Obviously, I haven’t done a ton of oval racing, so everywhere I’m going to go everywhere next year is going to be new. In that same sense, I want to move up quickly. I don’t want to throw myself completely off the deep end. I know ARCA national, Truck Series, it’s ultra-competitive. It’s not little local racing. It’s top level of motorsport.

“I want to make sure that I’m ready. I believe that I am, but it’s all about putting the best deal together with a Truck ride or ARCA ride. I just want to be in a race car, so as much seat time as possible is going to be key for me, especially for the rest of this year and next year just to keep learning and progressing.”

Muniz began racing with the Toyota Pro/Celebrity Race at the Grand Prix of Long Beach in 2004. After finishing seventh overall in his début, he was the best-finishing celebrity in the 2005 edition as he placed third behind off-road stars Rhys Millen and Ryan Arciero. He would run the event again in 2006, 2011, and the final edition in 2016. His career took him to open-wheel when he entered Formula BMW USA in 2006, where he competed against the likes of NTT IndyCar Series drivers Robert Wickens and Simona de Silvestro followed by three seasons in the Atlantic Championship. His performance gradually improved each year as he went from just one top ten as a rookie in 2007 to finishing in such range in every race in 2009, but injuries would cut his final campaign short.

He began late model racing in the 2021 SRL Pro Late Model Series. In January, he participated in ARCA testing at Daytona International Speedway with Fast Track Racing, where he was fifty-third quickest of sixty-four total entries.

Actors becoming racing drivers is far from a new phenomenon, especially in sports car racing which has seen the likes of Patrick Dempsey, Michael Fassbender, Steve McQueen, and Paul Newman. Jason Priestley raced in what is now Indy Lights in the early 2000s before injuries ended his driving career and he moved to IndyCar ownership. In NASCAR, singer Marty Robbins was a fan favourite in the 1970s while stuntman Eric Norris, son of Chuck, won the 2002 ARCA West championship.

However, Muniz is keen on turning racing into a legitimate career choice. In April, he told Front Office Sports that he is willing to “[uproot] my kid and my life. If a team wants me in Charlotte or Indiana, I need to be there.”

By Justin Nguyen
2 Mins read
A month after Josh Bilicki drove into Sargento signage during a massive wreck in the NASCAR Xfinity race at Road America, the cheese company has turned the moment into an actual sponsorship for Watkins Glen.
NASCAR Truck Series