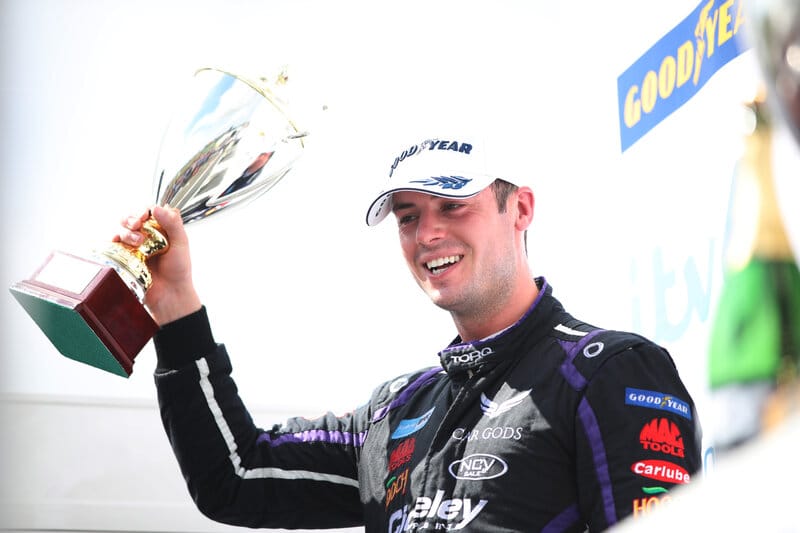 After some time away from motorsport, Gamble wasn’t expected to produce what he has so far in his debut in Touring Cars for Car Gods with Ciceley Motorsport but the promise was immediately shown at Donington Park with a podium and now has been capped off with a win as the second half of the season begins and for the Nottingham based driver, he goes from strength to strength.

ROKiT MB Motorsport‘s Jake Hill fought back to complete an impressive day with a second placed effort after Rory Butcher battled with Gamble at the start of the race but the battle that ensued that also included Ash Sutton and Colin Turkington allowed nearly a five second gap in the end for Gamble with the main action coming from the chasing pack.

Gordon Shedden was initially towards the front of the grid alongside his brother-in-law Butcher but was tangled in a lap one incident with Tom Ingram who has not left Knockhill as the championship leader.

A title which is bestowed upon Turkington but only just ahead by five points to Ingram and six points ahead of Ash Sutton with Jake Hill also coming back from a near 40 point gap to reduce that to 14 points.

Shedden recovered in the race to take sixth ahead of Stephen Jelley, Josh Cook, Tom Chilton and Aiden Moffat who round out the top ten.