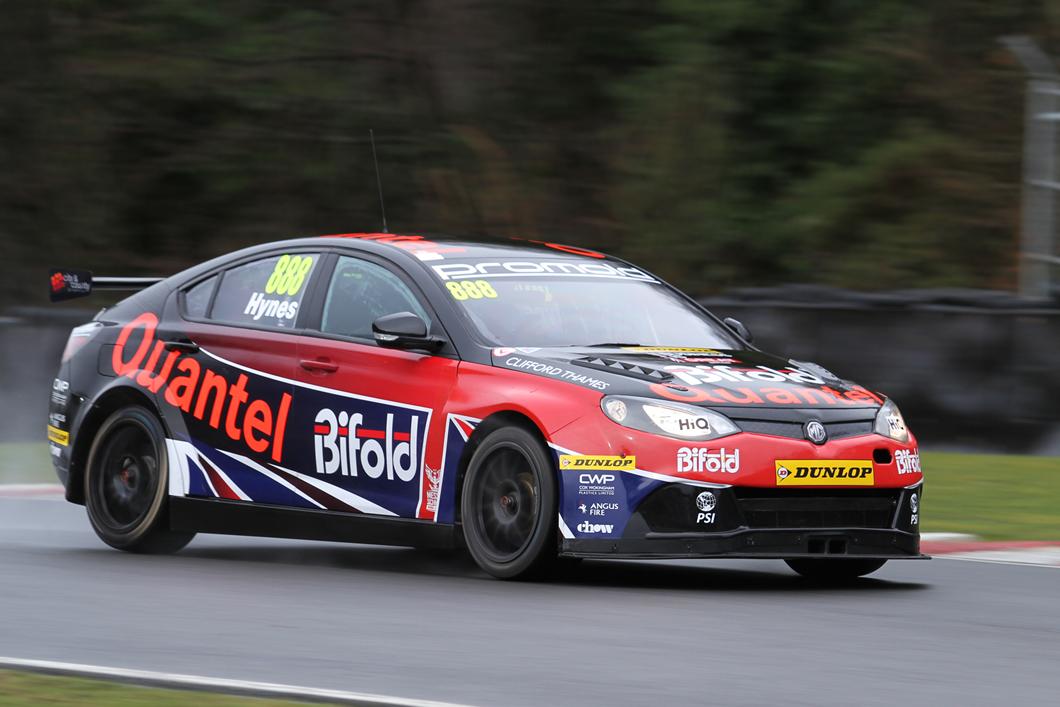 With just over a month and a half to go before the start of one of the most eagerly-anticipated British Touring Car Championship seasons of recent times, teams and drivers have been visiting Britain’s circuits to gather crucial miles under their belt in preparation for the 2014 campaign…

Among those, Brands Hatch was the scene for Fabrizio Giovanardi’s long-awaited return to the driver’s seat of a BTCC machine on 13 February, as he gathered his first miles in the Motorbase Ford Focus at the Kent venue which he last won a BTCC race at twice during the 2008 season opener.

The Italian, who last raced and in the BTCC at Thruxton in 2010 with Vauxhall having won the championship back in 2007 and 2008, carried out a series of long runs after a cautious start due to the changeable weather conditions, declaring himself happy with initial progress as he adapted to the NGTC Focus.

Giovanardi said: “People have said these cars can be difficult to drive but I didn’t really find that. In my mind it doesn’t matter – a car is a car and I have to understand how it works and see what I can do to improve it. The Indy circuit is a tough circuit and a difficult one to judge progress on a day like today but the car has run well.

“I was really looking for a way to come back. Long-distance racing was not my style and I need to be fighting, which is what you get in the BTCC. Even if I am getting older I am really, really excited about this challenge.”

Over in Cheshire, Triple Eight took to a wet Oulton Park circuit on 11/12 February, with Marc Hynes and Sam Tordoff the men carrying out testing duties in a sole MG. The car – which will be driven in 2014 by Hynes – was revealed in the new livery that the 1999 British F3 champion himself will run with for his satellite team, Tordoff continuing to be part of the KX Momentum Racing outfit alongside Jason Plato.

The MG duo were joined by the stealth-black Audi A4 of Rob Austin, who continued a strong testing regime from Silverstone with more miles under his belt at the full Oulton Park layout which will be used for the championship’s visit on 7/8 June.

Austin was equally a pleased man after his ventures around the damp circuit, and concluded with an encouraging test on 13 February at Donington Park, the Exocet Racing man playing down his showings however.

Austin said: “The raw pace we seem to be getting – even in very cold conditions – is awesome. We’ve been able to compare ourselves against the factory MG and Honda cars as well as reigning champ Andrew Jordan’s Honda and all I’ll say is I’m pretty chuffed with our lap times.

“It is always impossible to know what the others are up to in testing and you know they’ve probably got something up their sleeves with the extra resources they have, but we’re heading back to base tonight in a very good mood.

“The car hasn’t missed a beat and we’ve been able to get through a lot of set-up changes, plus really work a lot on the suspension side of things which is crucial. Every time we make even a small tweak it makes a difference which is always a good sign. All my team have done a phenomenal job.”

Joining Austin at Donington Park’s national circuit were a trio of Hondas, the Yuasa Racing team once again adding miles to their exuberant Civic Tourer having undergone a series of shakedown runs at Rockingham prior to the visit to Leicestershire.

They were also joined by the new BTCC champion Andrew Jordan, who, after a run at Brands Hatch recently in the first week of February, continued development of the team’s Pirtek Racing Honda Civic, which now displays the #1 adorning its rear windows after the spectacular 2013 success for the Red Bull Athlete.

“It’s been a busy winter. I had a week’s holiday after and then it was straight back to it really, so I’m hungry to do it again. I’ve been doing lots of training, trying to improve myself for this year”, Jordan said. “It’s going to be competitive, but it doesn’t really make a difference to our approach.”

His new team-mate Martin Depper was also present, gathering healthy experience in the Civic as he embarks on a BTCC return himself, having previously raced a Forster Motorsport BMW in 2010.

Dave Newsham and his new AmDTuning squad joined fellow Ford driver Giovanardi at Brands Hatch, while Tom Ingram is to begin testing with Speedworks tomorrow (14th Feb) at Silverstone circuit having signed a deal to race a Toyota Avensis this week following his Ginetta GT Supercup domination of 2013.

Testing will continue as the BTCC official media day approaches on 18 March at Donington Park, the new season commencing on March 30 at Brands Hatch.