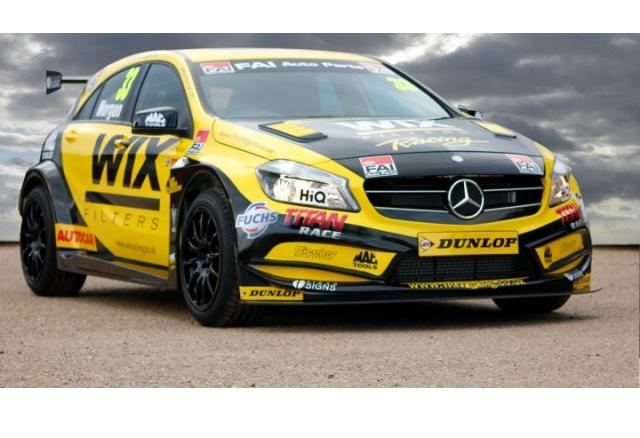 WIX Racing have revealed the defining livery for their Mercedes A-Class which will bring the German manufacturer back to the British Touring Car Championship in 2014.

The Mercedes A-Class, built over the winter period to NGTC-specification and including a 2.0-litre turbocharged engine, was revealed to the public via the official BTCC website on Tuesday night (25 February), carrying the sponsorship of new partners, WIX Filters.

The #33 car will be driven by former Ginetta GT Supercup champion Adam Morgan, who enters the challenge of his new campaign on the back of a second BTCC season that saw him finish a strong seventh in the final championship standings with Ciceley Racing driving a Toyota Avensis.

Morgan, who also claimed 22 top-10 finishes and earned his first visit to a BTCC podium at Oulton Park last year, will race the first Mercedes to appear in the championship since the 1980s.

Morgan expressed the team’s desire to expand into a two-car operation for the 2014 season, and intends to begin testing the front-wheel-drive Mercedes A-Class machine in the coming weeks. 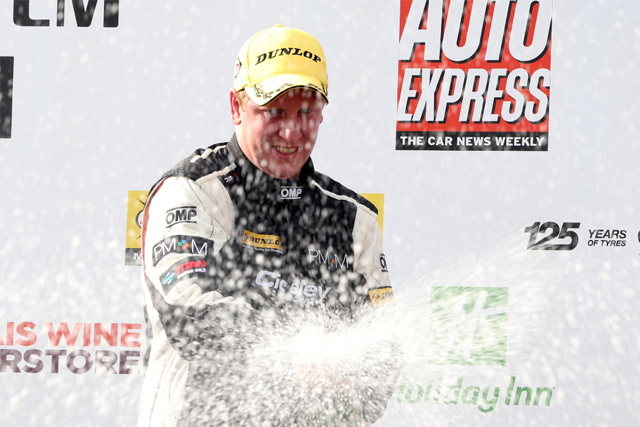 Morgan is expected to begin testing the new car in the coming weeks
(Photo: btcc.net)

“I am extremely pleased with the look of the show car and the overall partnerships we are enjoying this year with WIX and all the supporting partnerships”, said team manager Russell Morgan. “I am looking forward to having the race car design implemented ready for the first round at the end of March.

“The commercial value of a title sponsor can never be underestimated. The WIX Racing team has already demonstrated what it is able to achieve in the BTCC, with regards to working with the driver and the team to raise both profiles. They are passionate about interacting with all of the team and especially the fans with giveaways and competitions, so there’s a lot to come on race weekends.

“Their technical expertise is just as important to the team as their financial assistance and this has clearly been reflected in the design of the car.”