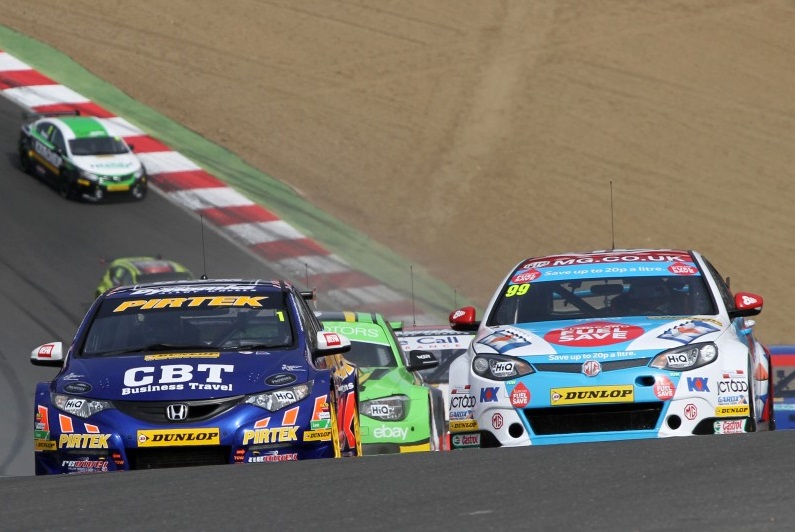 Following a frenetic but fantastic 2014 Dunlop MSA British Touring Car Championship season, it was Colin Turkington who came out on top for the second time in his career. We at The Checkered Flag now look at those who have impressed most of all in 2014, counting down our own top 10 drivers of the season.

Northern Irishman Turkington clinched his second BTCC crown with West Surrey Racing to back up their 2009 success, beating fellow double champion Jason Plato to the honours in a season that produced no fewer than 12 winners and seven former title winners duking it out within a record BTCC grid for 2014.

We at TCF rate our top 10 drivers of the season, including new winners, stars returning to their best and rookies ruffling the experienced BTCC feathers of the paddock…

Number one last season and racing with the #1 plate adorning his Pirtek Racing Honda Civic for 2014, the reigning champion came out of the the blocks firing more rapidly than he had 12 months prior in his title-winning campaign.

Pole and a double victory at Brands Hatch’s Indy circuit at the end of March kicked off his season where he left off at the Kent venue, Thruxton dominance also giving the impression he was only getting stronger.

Oulton Park was however where luck deserted the former British Rallycross champion, and he struggled to undo the damage sustained that weekend.

This started with a dismal qualifying hindered by timing of yellow and red flag interruptions in a damp session, after which he could not excape the midfield around the tight international layout at Cheshire.

A fourth win at Croft proved his last of 2014, as a Snetterton practice shunt effectively ended his title defence after just two points scored during a Sunday he was forced to withdraw from before race three.

The Civic Hatchback was not quite up to race-winning trim it seemed from that moment despite Jordan’s efforts, but the reigning champion ended fifth in the standings after a solid conclusion to the season and remains determined to get the crown back in 2015, Honda teasing with their new Type-R as a potential replacement.

One thing for certain is that the Red Bull Athlete still remains one of the most rapid and spectacular drivers to watch – particularly if pole position laps such as below are anything to go by – so will be a force next season to watch out for.

By Samuel Gill
3 Mins read
Senna Proctor has claimed a maiden BTCC pole at Oulton Park in one of the most thrilling Qualifying sessions so far this season ahead of Gordon Shedden and Rory Butcher.
BTCC

By Samuel Gill
2 Mins read
Adam Morgan has claimed his first win of the 2021 BTCC season and the first in Car Gods with Ciceley Motorsport’s new BMW 330i M Sport ahead of Jack Goff and Aiden Moffat.