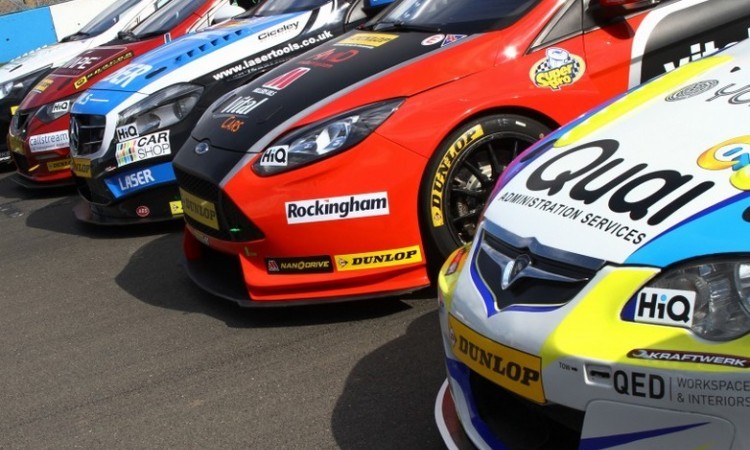 AmD Tuning team boss Shaun Hollamby says that the Independent squad have given themselves the task of pulling their rookie drivers up the Dunlop MSA British Touring Car Championship pecking order in 2015.

The former BTCC racer-turned team boss will enter a two-car assault for the first time since joining the series, albeit Nicholas Hamilton will join as a guest driver at Croft on 27/28 June in an ex-Robb Holland Audi S3 alongside full-time driver Mike Bushell, who races the team’s Ford Focus ST during all 10 meetings.

The arrival of Renault UK Clio Cup champion Bushell gives AmD Tuning’s Hollamby optimism, the Ford man already enjoying his fair share of miles in the Focus prior to the media day test at Donington Park on Tuesday 24 March.

Hollamby told The Checkered Flag that he is unfazed by the prospect of nurturing two rookie drivers in 2015, saying: “We’ve got two rookies; usually you think it’s best to bring in a bit of experience.

“I’m really excited to have Mike on board. A Clio Cup champion you know is always going to be someone that is quick in a touring car so we’re happy to have him.

“Then, to have Nic Hamilton on board as well, it’s very high profile for lots of reasons but also the determination of him doesn’t explain it.”

Hamilton has formerly raced in both the UK Clio Cup and the FIA European Touring Car Cup, something the man himself once believed would never be possible due to suffering from cerebral palsy that, early in his life, threatened to prevent him from even walking at all.

“For somebody suffering with cerebal palsy, and to overcome that, takes a huge amount of inner strength”, Hollamby added, his newest recruit hoping to inspire others with his BTCC experience.

“He’s definitely got that, so to get into the British Touring Car Championship is a big achievement.

“What we want to do now is push him forward and then move him up the grid in BTCC. It’s been a good start to the partnership though already.”

Nic, younger brother of current Formula One champion Lewis Hamilton, will create his own limelight in 2015 by competing in five of the 10 BTCC meetings this season, starting at Croft circuit in June before also competing in the rounds held at Snetterton, Rockingham, Silverstone and Brands Hatch GP.

The partial campaign means Hamilton will enter as a guest driver, therefore not eligible for the Jack Sears Trophy this season.

Hollamby stated that this was the wisest option for a driver with little racing experience, ensuring Hamilton enjoys a healthy testing programme in the Audi S3 rather than being thrust straight into the deep end in a BTCC race situation.

“I think any rookie coming into a series as competitive as BTCC would benefit actually from having a proper testing programme in the right conditions rather than throwing them into a race situation”, added Hollamby. “Especially a driver that doesn’t have that high a level of experience.

“In reality, both our drivers don’t have a lot of experience. It was only three years ago that Mike had his first full racing season, so that makes a big difference and they’ve got a huge amount of experience to draw from.

“Again, it’s the same with Nic as well, they’re both new to touring cars so we want to give them the best results they can and support them.”

With the series again looking as unpredictable as ever after reaching the maximum grid number of 32 cars, Hollamby says that the coming BTCC season is set to be another thrilling contest.

“It does – touring cars appears to just go from strength to strength. It’s in a fantastic period at the moment and we’re quite lucky to be involved in that, so it’s good and I’m looking forward to it. Roll on Brands!”