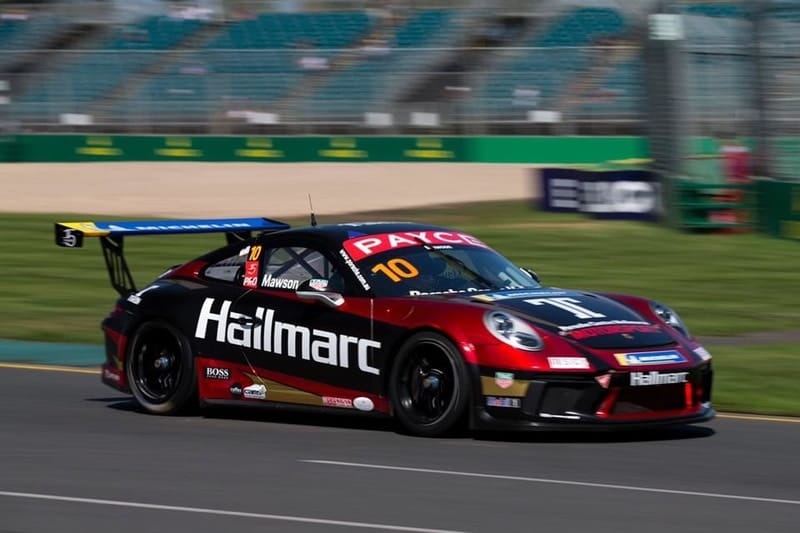 Single-seater star Joey Mawson had an early end to his Porsche Carrera Cup Australia debut after an incident in the first race on Thursday caused damage to the car.

Mawson was announced a surprise guest entry this week as makes the move from racing in GP3 last season to sports cars this year.

The Australian explained on his social media, “Unfortunately yesterday’s race didn’t go to plan after I was caught up in an incident that happened in front of me.

“I had moved up several places but then dropped back to last after the incident before coming back to eighteenth at the Chequered flag.

“Worse news was still to come after the race when it was discovered that the roll cage was damaged in the accident which has put me on the sidelines for the remainder of the weekend.”

Despite the early end to the Australian Grand Prix race weekend, Mawson is already looking forward to his next challenge after being announced as part of Team Australia in the Porsche Mobil 1 Supercup alongside Stephen Grove and Marc Cini.

“It is very disappointing but now it’s full steam ahead and focus on the Supercup for 2109. Thank you to everyone for their messages of support over the past couple of days.

“Thank you to to Marc Cini, & Porsche Centre Melbourne for the opportunity this weekend.”

The first race of the 2019 Porsche Mobil 1 Supercup will take place at Circuit de Barcelona-Catalunya in support of the 2019 Spanish Grand Prix on 11-12 May.