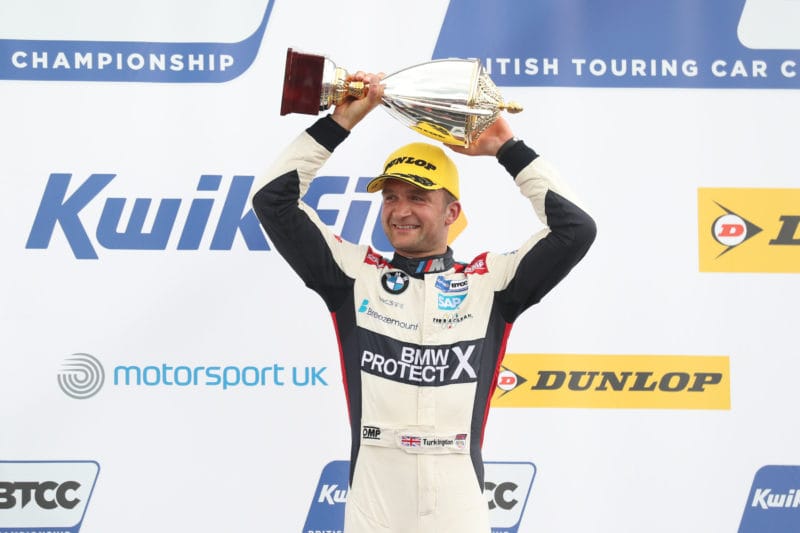 Colin Turkington is aiming to continue his spectacular success at Croft as the British Touring Car Championship returns this weekend after a short break and he sits top of the standings alongside Cobra Sport AMD AutoAid/RCIB Insurance Racing driver Rory Butcher ahead of the race meeting.

Turkington has claimed 12 victories since 2005 at the circuit and it is somewhat of a circuit where he is the King and with him also being the driver to beat he will be hard to stop this weekend in Yorkshire.

He called it his favourite circuit on the calendar ahead of the weekend and is one that BMW historically do well on so the pressure is on him.

“There’s just something about Croft and its unique challenge that really excites me. It’s easily my favourite circuit on the calendar and historically BMW has achieved great success there, so the pressure is on to keep that story going.

“The track has been completely resurfaced – coincidentally by one of my long-term partners, TARMAC – so I’m keen to get out there and understand the grip level.

“I’ll be qualifying with some weight in the car so will need to ensure I maximise everything from myself and the BMW – accurate engineering and bravery will be the difference between a good qualifying and a great one.

Unlike other drivers, the Northern Irishman welcomed the break in order to take stock and get even more of a feel of the car which is sure to stand him in good stead going into the weekend.

“It feels like Thruxton was ages ago, but that time was important to understand the development of the new 3 Series, analyse my performance and identify areas where we can improve before we plan our next attack.

“We’ve covered so much ground in such a short space of time so to be honest, I was glad of the breathing room to take stock. That in turn has given me the confidence to take the next step, knowing we are going the right way.”

By Samuel Gill
2 Mins read
Tom Ingram lifted the covers off his 2021 BTCC challenger as his title charge begins in the Hyundai i30 N Fastback for the Ginsters EXCELR8 TradePriceCars.com outfit.
BTCC

By Samuel Gill
1 Mins read
Ciceley Motorsport will usher in a new era in the BTCC with their new striking Car Gods livery for their duo of BMW 330i M Sport challengers.