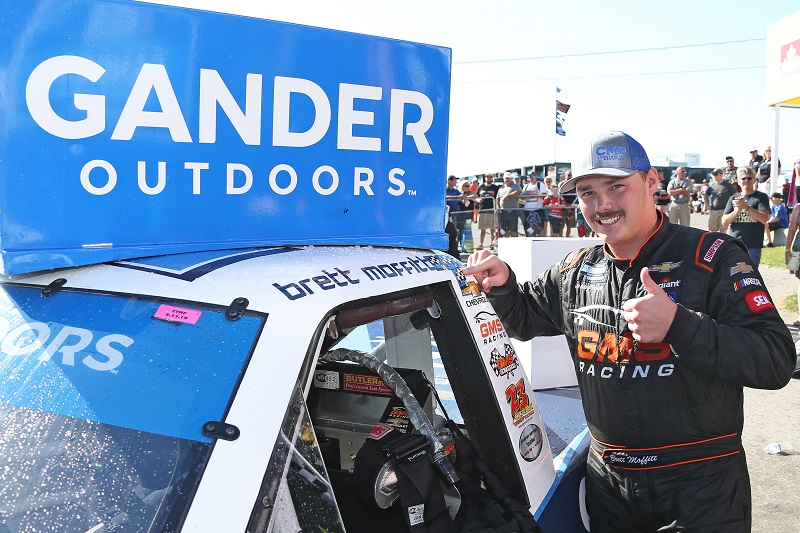 Brett Moffitt is pulling Double Duty in 2021. On Wednesday evening, he announced he will run the full NASCAR Camping World Truck Series schedule for Niece Motorsports, driving their #45 Chevrolet Silverado. He will also race full-time in the Xfinity Series with Our Motorsports, which had been revealed in November, but will continue to accumulate Truck points.

“I am so thankful to Al Niece, Cody Efaw and everyone at Niece Motorsports for this opportunity,” said Moffitt. “To be able to compete full time in both the NASCAR Camping World Truck Series and the Xfinity Series is a challenge I look forward to. Chris Our, Our Motorsports and Chevrolet were a big part of helping this all come together, so a big thank you to them as well.”

The 2018 Truck Series champion, Moffitt departed GMS Racing after finishing third in the series’ championship in 2020. He reached the Championship Round in both of his years with GMS, recording five total wins. His 2020 season saw him finish in the top ten on sixteen occasions with ten top fives and a win at Kansas.

In addition to his Truck duties, Moffitt joined Our for much of the 2020 Xfinity schedule. The 2015 Cup Series Rookie of the Year ran all but four Xfinity events with seven top tens and a best finish of fifth at Talladega in June. Although expectations were that he would race for the 2021 Xfinity title with Our, Niece clarified in Wednesday’s announcement that he will indeed compete for Truck Series points in the upcoming season.

For 2021, Niece will field a triumvirate of new full-time drivers as Moffitt joins Carson Hocevar and Ryan Truex. Moffitt’s new team-mates had raced for Niece on a limited basis in 2020 before upgrading to full campaigns.

“Brett is a proven winner,” said Niece Motorsports general manager Efaw. “We are thrilled to have him join Niece Motorsports. The experience he will bring to our team is invaluable. We are working hard this offseason – our goal in 2021 is to run up front and contend for wins. Brett, Carson and Ryan are great talents and we look forward to giving them competitive equipment.”

Team owner Niece added, “I’m excited about our driver lineup next year. Brett is a tremendous talent and will be a huge asset to our team. We know that our drivers have the talent it takes to contend for wins in the Truck Series and l know our crew is working as hard as possible this offseason to build them equipment capable of doing so.”

The #45 truck was shared by three drivers in 2020. After Ty Majeski ran much of the season before losing the seat, Trevor Bayne and Travis Pastrana rounded out the calendar. In 2019, the truck was a championship contender with Ross Chastain; like Moffitt, Chastain raced on a regular basis in both the Truck and Xfinity Series during the year, though Chastain also competed in nearly every Cup race.

By Justin Nguyen
4 Mins read
A chaotic final ten laps closed out the NASCAR Truck Series playoff opener at IRP, one that Grant Enfinger won to advance to the next round.