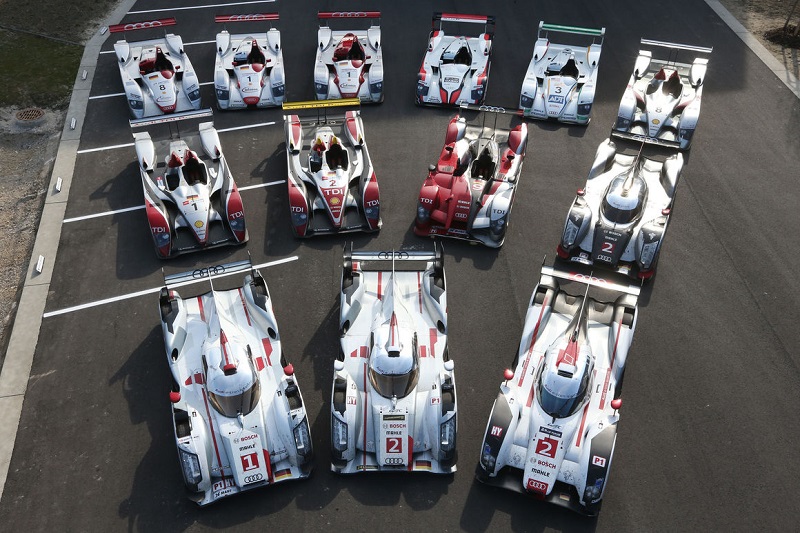 2014 brought about a new race series, FIA Formula E – an all electric single seater championship held exclusively in city centres to promote green technology. With Europe making statements of prohibiting the production of combustion engine cars by 2035 (a benchmark that keeps moving), manufacturers were drawn to the new electric series, seeing it as a way to utilise a brand’s research and development budget as part of their racing budget to move toward electric production cars.

Electric began being sung as the way forwards, and manufacturers jumped on board. Audi were one of the first teams to get involved in the inaugural season and have remained with the championship ever since. Known initially as ABT Schaeffler Audi Sport, it was the 2017/18 season that saw Audi take the reins of the team more, making it a fully in-house project of their motorsport department. The switch of the name to Audi Sport ABT Schaeffler may have seen trivial at the time, but it showed intention from Audi and showed their position as leading the team.

In their Formula E history, the Audi Formula E team has secured one Drivers’ title (Luca di Grassi, 2016/17), one Manufacturers’ title (2017/18), 12 victories and 43 podiums from the 69 races they have entered. Until this year’s esports racer controversy with Daniel Abt, the team had been confident in their pairing of di Grassi and Abt, keeping the same two drivers since the start of their Formula E campaign in 2014. DTM superstar for Audi Rene Rast has now taken Abt’s seat in the electric series.

But Audi’s time in Formula E is soon coming to an end, with the team having announced that they would not be remaining in the discipline after the end of the 2020/21 season. After seven years in the series, the German manufacturer is looking for their next challenge, the next place that they can fight for victory, prove their supremacy and aptitude for developing cutting edge technological vehicles.

For all brands, motorsport is a long marketing campaign to help sell production cars. The better they are seen to be performing, the higher the desire is for a consumer to want to purchase their road cars. Audi have displayed a brilliant knack of getting out whilst their ahead and excelling in their next venture, making the Audi brand a highly desirable one with a passionate and loyal following. That reputation is built off of the long and successful path of motorsport ventures that lies in its wake, and looks to be continuing in the future.

The move from Formula E does not reflect Audi’s intentions in production cars, as more electric consumer cars are still at the forefront of their mind. However, their ambitions on the race track are bigger, and having proved themselves in electric single seater racing, they’re looking for their next racing challenge. In 2022, Audi will be taking on the Dakar Rally in an all-electric vehicle, using the new Audi-etron FE07 to test and develop parts that will appear on their Dakar car. Combining their long successes in rally with this new technology almost sees the Audi campaign moving full circle.

This is not the only part of their racing history that seems to be returning to them as Audi also have their eyes back on endurance racing. Having announced that, also in 2022, Audi will be running an LMDh sportscar, eligible for racing in the IMSA WeatherTech SportsCar Championship and FIA World Endurance Championship, Audi will be looking to beat the currently dominant Toyota Gazoo Racing to get back to the top of the field, as well as trying to take the sought-after 24 Hours of Le Mans trophy back off the Japanese manufacturer.

From the early days of the internal combustion powered Audi quattro to the all-electric Audi-etron FE07, Audi have always sought success. The cars they have developed have been competitive from the off, a trend that is not expected to disappear in their new projects. There is joy in seeing Audi’s racing career go full circle, returning to their roots to prove that even in this advanced technological age, they can still come back out on top. 2022 is certain to bring about an exciting year of racing from Audi.

By Nick Golding
1 Mins read
Nyck de Vries will be taking Alex Albon’s spot at Williams for FP1 this weekend, as the Dutchman prepares for his duties at the Spanish Grand Prix.
24 Hours of Le MansFeaturesFIA WECIMSA

By Alice Holloway
1 Mins read
Joining the ranks of Toyota, Peugeot, Ferrari and Porsche, Lamborghini have announced they will launch a LMDh car to join the grid in 2024.
Formula E

By Paul Hensby
2 Mins read
After a dreadful start in the opening race in Berlin on Saturday, Stoffel Vandoorne drove superbly to claim the final spot on the podium