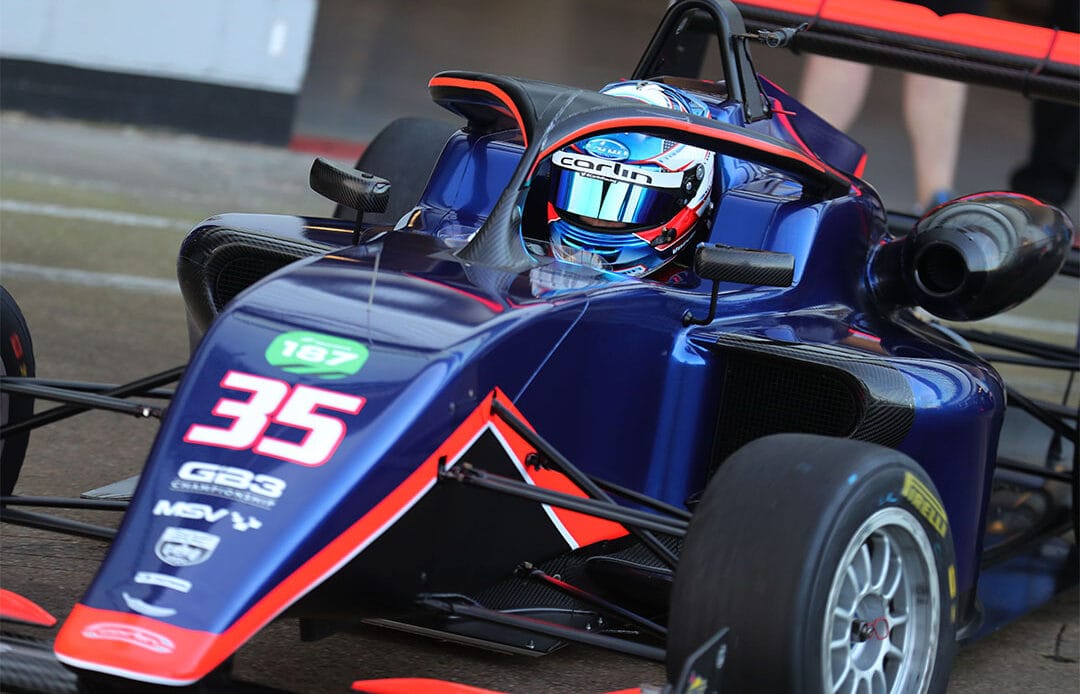 Hi everyone, my name is Callum Voisin and this year I will be racing with Carlin in the British GB3 Championship. As this is the first column I have written, I thought it may be good to let you know a little about myself.

I have just turned 16, am British, but was born and raised in Switzerland. Motorsports in Switzerland is heavily discouraged, a legacy of the Le Mans crash in 1955 after which Swiss voters banned competitive motorsport. It has relaxed a little since, but as a result, there isn’t really a motorsports culture so most budding karters or drivers tend to start in neighbouring countries, which in my case was France. Luckily, I live close to the border so started at a small French kart circuit, MK Karting, where I took my first steps in a Rotax kart when I was 10.

After a couple of years competing in the French regional championships, I changed my licence for a British one and started karting in the UK. Along the way, I’ve picked up a few things including the English Minimax Champion 2019, Clay Pigeon club champion 2019 and 2020, represented Team UK at the 2019 Rotax World finals and came third in the British Junior Max Championship 2020. I’ve also raced in the Belgium National League and the Rotax European Championships Winter Cup, all with Coles kart team. I would have done more international karting in 2020 in Europe but that little thing called COVID got in the way of that!

Last year was my first year in cars in the Ginetta Junior Championships with my brother’s old team R-Racing. After some solid pre-season testing it started so well with five outright victories in the first eight races. However, it was a season also dogged with controversy and, I’m sorry to say, its fair share of politics so didn’t end as I would have wanted. But anyway, that’s in the past and I’m proud of the seven victories – equal highest of the season – and multiple other podiums, including winning the triple at Brands Hatch.

The controversy led me to question whether I should continue in Ginetta Juniors so with the support of EDGE management I tested both an F4 and a GB3 car mid-season, both of which I loved. This experience led me to decide on a switch to single seaters, so, in some respects the challenges I faced last year led me directly to choose GB3 for 2022 rather than stay in saloons.

As I mentioned earlier, I’m with Carlin, who I admire and love, and whose reputation is excellent for supporting young drivers in single seaters. I’ve been impressed with the professionalism and support they have given me pre-season and understand why they have such a good name and have won so many single-seater Championships all the way up to F2.

This year the GB3 Championship sees the introduction of the new halo-wearing TATUUS MSV-022 car which I have been testing since February. It is slightly heavier than last year’s chassis, a legacy of the extra safety measures, but has more power and aero, so overall is quicker than previous seasons. I’ve really enjoyed getting to understand and adapt to the car. It is quite a step up from Juniors, and although you adapt quickly to the speed, there is a lot to learn about the aerodynamics, tyre management and braking. Testing in February and March hasn’t all been plain sailing, with the British winter weather playing its part, but it’s all good experience as the chance of a few wet days racing during the year in the UK is relatively high, especially at either end of the season.

The GB3 Championship is extremely competitive, attracting some of the best young international talent to a well-regarded series that sits nicely between F4/GB4 and FRECA or FIA F3. It’s my “rookie” single seater year so the expectations need to be realistic. I’m not only one of the youngest on the grid, but several drivers – including both my Carlin team mates – are second year or even third year drivers with considerably more experience. Nevertheless, my goal is to do as well as I can, be up near the front and take the race to the returning drivers.

The Championship has three races per weekend – including a reverse grid race – held over 8 rounds starting at Oulton Park next week and continuing through to Donington Park in October. It sits along side the British GT Championship and as well as being shown live on its own streaming service, will this year, also be shown on Sky F1.

I appreciate I am very fortunate to have the opportunity to compete in GB3 as it’s the dream of so many young drivers. Without doubt this season will test me. I’ve prepared as much as I can (along with my GCSE’s) and been in the car as much as possible. Thankfully I know all the British tracks, so that will help, and I hope to fit in a trip to Spa before we race there in July. Otherwise, I’m now just looking forward to the season starter at Oulton Park on the Easter weekend, and will let you know how that goes in my next article!

By Griffin Schmoyer
5 Mins read
Mixed conditions meant chaos in the GMR Grand Prix, but also provided some rookies with career-best finishes. Let’s see how it all went down in this week’s Rookie Report.
European RallycrossFeatures

By Ben Huntley
3 Mins read
The 2022 FIA European Rallycross Championship gets underway with weekend in Hungary featuring a star-studded line up.
24 Hours of Le MansFeaturesFIA WECIMSA

By Alice Holloway
1 Mins read
Joining the ranks of Toyota, Peugeot, Ferrari and Porsche, Lamborghini have announced they will launch a LMDh car to join the grid in 2024.