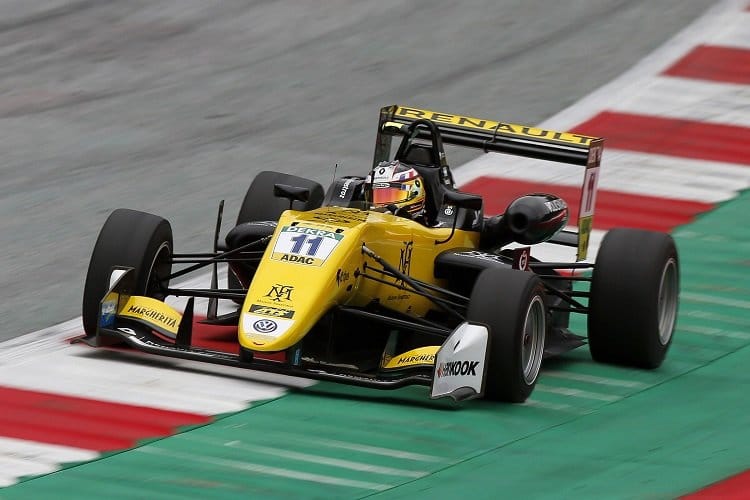 Günther was victorious again in the Pau Grand Prix on Sunday afternoon after leader Norris retired in the barriers after a suspension failure to add his name to the role of honour to win around the streets of Pau.

What should I look out for this year?

The top four from last year all moving on to other championships, there is a new group of drivers looking to follow in the footsteps of Norris and etch their name into Formula 3 folklore, particularly as the championship is likely be dissolved, at least in its current format, next season as Formula 3 replaces the GP3 Series as a Formula 1 support event.

The same five teams from last year return, and they are joined by the reappearance of Ma-con for the first time since 2013.  Carlin and Motopark have both expanded their line-up to six cars, while Prema Theodore Racing have five on the grid.  Hitech Grand Prix are fielding three, Van Amersfoort Racing two (at least for Pau), and Ma-con just the one.

Prema Theodore Racing has an impressive line-up that includes two of their 2017 drivers in Guan Yu Zhou and Mick Schumacher, while Ralf Aron returns to the team after one year away at Hitech Grand Prix.  They are joined by two Ferrari Driver Academy racers in Italian F4 champion Marcus Armstrong, and Robert Shwartzman, who finished third in the Eurocup Formula Renault 2.0 championship, with both making their debut in the championship.

Carlin, who took Norris to the title in 2017, has retained the services of Jehan Daruvala and Ferdinand Habsburg for a second campaign, while Devlin DeFrancesco and Ameya Vaidyanathan arrive full-time after guest appearances in the European F3 squad last year having raced primarily in EuroFormula Open.

Perhaps one of the most high-profile arrivals is Sacha Fenestraz, with the 2017 Eurocup Formula Renault 2.0 champion joining Carlin with backing from the Renault Sport Academy, while the sixth car is filled by 2017 EuroFormula Open runner-up Nikita Troitskiy.

Motopark has retained only one of their 2017 line-up in Marino Sato, but Red Bull-backed Daniel Ticktum is another who could have an immediate impact in the championship after stepping up from Formula Renault 2.0.

One of the strongest looking line-ups, despite being only a three-car team in 2018, is at Hitech Grand Prix, with Alex Palou, a race winner in World Series Formula V8 3.5 and Japanese Formula 3 in 2017 being joined by BRDC British Formula 3 champion Enaam Ahmed and one of his main rivals last year Ben Hingeley.

For the time being, Van Amersfoort Racing are only fielding two cars, with Keyvan Andres moving across from Motopark, where he will be joined by Italian F4 racer Artem Petrov.  The team are hopeful of fielding a third car from round two onwards, possibly for Sophia Floersch, while Ma-con’s return sees them field ADAC Formula 4 racer Julian Hanses. 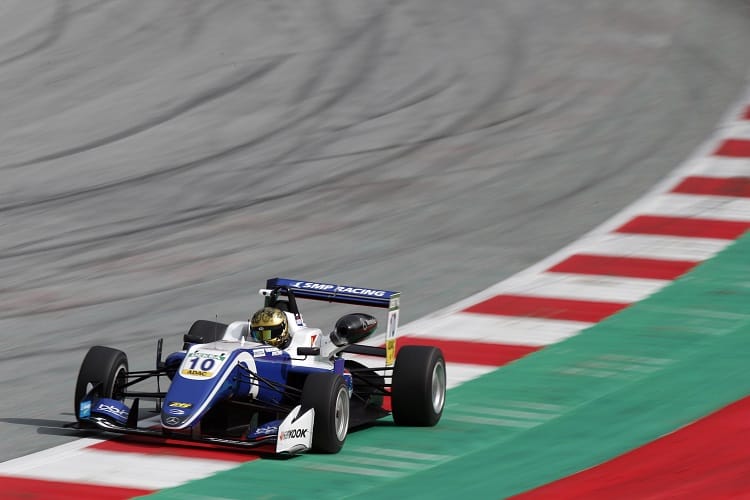 Where can I watch Euro F3 at Pau?

You can watch the event live on the official European Formula 3 website as well as their YouTube channel, while there will also be live and as-live action on BT Sport in the United Kingdom.

How can I keep up to date with all of the action over the weekend?

The Checkered Flag will be following the complete 2018 FIA European Formula 3 Championship season in-depth throughout the year.