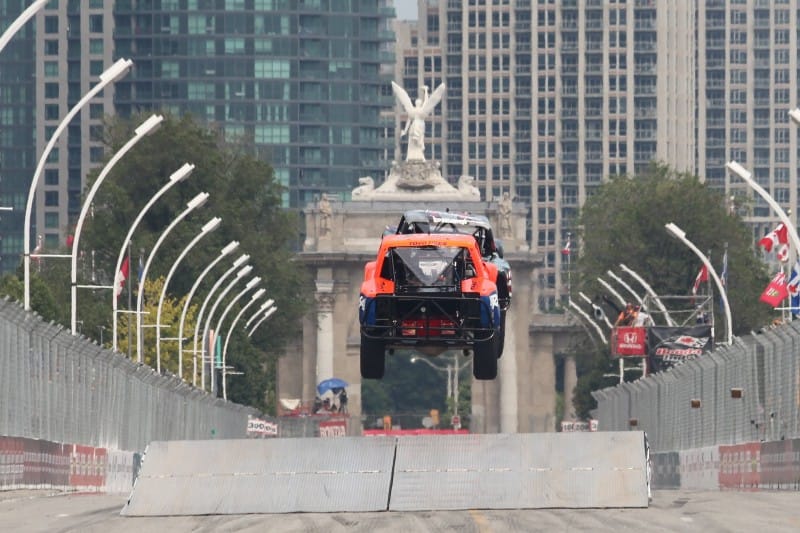 The Stadium Super Trucks were a fan favourite at Honda Indy Toronto but have not crossed the border since 2019 due to COVID-19. Although the race has returned for 2022, the series will not join the weekend. Due to a combination of factors stemming from Robby Gordon leaving the United States to oversee business matters regarding his developing SPEED UTV brand, SST had to drop Toronto from the calendar.

SST raced at Toronto in support of the NTT IndyCar Series from the inaugural season in 2013 to 2016. After a two-year absence, the trucks returned for the 2019 weekend which saw Cole Potts win a lightning-shortened Race #1 before Gavin Harlien took Race #2. Travel restrictions imposed by the City of Toronto and Ontario in the wake of COVID-19 forced the 2020 and 2021 editions to be called off.

The race is now set to return on 15–17 July. It was initially the third race of the 2022 SST season after Long Beach and Mid-Ohio, the latter of which is taking place this weekend. However, Gordon’s unavailability as he visits overseas SPEED UTV partners coupled with Mid-Ohio and Toronto being just two weeks apart made the turnaround too challenging to overcome. Gordon’s racing schedule has significantly decreased in 2022 as he focuses on his UTV company, including not running the SCORE International Baja 500 in early June and skipping Mid-Ohio; the latter is his first missed SST race weekend since Detroit in 2018.

“With Robby out of the country, it made it difficult to do the race so soon after Mid-Ohio,” series officials told The Checkered Flag.

Only seven drivers are entered for SST at Mid-Ohio, with many opting to run other series or being on Independence Day holiday. While Gordon is out, his son Max is among those racing Mid-Ohio; the father/son duo swept the Long Beach weekend.

The update SST schedule now includes a date on 3–5 September at a to-be-announced location.